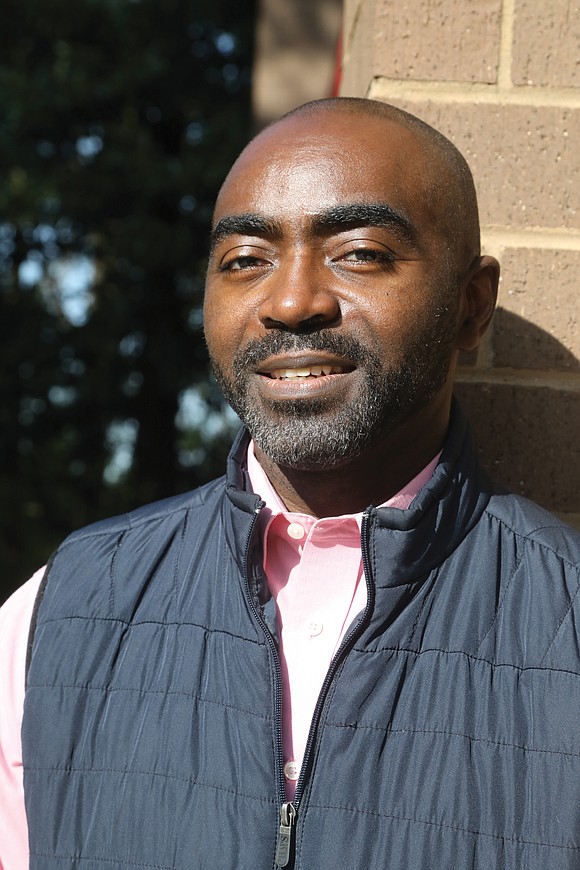 Mr. Balmer had been bombarded with voter complaints about his initial decision to wait until Oct. 17 to open those two satellite sites, or 17 days before the official Election Day on Tuesday, Nov. 2, and was trying to change course.

But Mr. Balmer hit a legal roadblock that halted his efforts to enable voters to cast in-person ballots at the two sites as early as Monday, Sept. 27.

He said Ms. Rentz told him that state law currently bars him from changing the plan he had publicly advertised prior to the start of early voting.

The notice he placed in local newspapers stated that in-person early voting would not start at City Hall and Hickory Hill until mid-October.

Meanwhile, the notice stated, the only place where city voters would be able to cast early ballots in person is at the Registrar’s Office, 2134 Laburnum Ave. in North Side. That started on Friday, Sept. 17. The only other option would be to request and use a mail-in ballot.

“I’ve been advised I have to stick with that,” a disappointed Mr. Balmer said.

He received the advice as he prepared to seek approval Thursday, Sept. 23, from the Richmond Electoral Board to open the two satellite sites on Monday, Sept. 27, or three weeks earlier than the notice stated.

Based on public comments from board Chairman James Nachman, Mr. Balmer anticipated quick approval for the earlier date.

Mayor Levar M. Stoney, who was among several local officials roundly criticizing the delayed opening of the satellite locations, called the situation “unacceptable” in a statement released Wednesday.

“As mayor of this city and a former state official who has spent a good part of my public life fighting to expand voting rights and voting access, I am deeply concerned over the actions of the General Registrar to delay until October 17 the opening of satellite polling locations across the city for early voting,” the mayor stated. “There are simply no valid excuses for waiting one month into the early voting period of a statewide election season before making this access available to our citizens.

“I implore the Richmond Electoral Board to take swift action to remedy this unacceptable situation, so the voices of Richmond’s voters can be fully heard.”

Prior to the start of early voting on Friday, Sept. 17, Mr. Balmer had decided to follow the pattern of his predecessor, former city registrar Kirk Showalter, who opened the two satellite locations for early voting during last year’s presidential election about two weeks before the November 2020 Election Day.

Given that turnout is always lower in a gubernatorial election year than in a presidential election year, Mr. Balmer expected that scenario to work for the public, though he quickly found out differently.

Complaints began pouring in after an estimated 200 people went to Hickory Hill Community Center last Friday expecting to be able to vote only to find the building locked.

City Council members Reva M. Trammell, 8th District, and Michael J. Jones, 9th District, went public with their concerns about the South Side location being closed for voting. They said Hickory Hill is more convenient and accessible for their constituents.

Richmond Delegate Betsy B. Carr, who represents much of South Side, also issued a letter expressing disappointment that early voting had not started at Hickory Hill, given the General Assembly’s efforts to allow early voting and improve access to the ballot box.

Meanwhile, members of the public took to social media to complain or reached out to their elected representatives.

Mr. Balmer said he is impressed with the strong interest being shown in early voting.

He said that people likely anticipated the satellite operations at both sites would be open because they were open 45 days ahead of the Democratic primary election in June.

His office’s website fueled that expectation. Despite the published ads, Mr. Balmer acknowledged that the plan to wait to open the satellite offices did not get posted until Sept. 17, the same day early voting began.

The Free Press incorrectly reported in its Sept. 16-18 edition that early voting would be available at the two satellite locations based on information the Registrar’s Office previously had posted on its webpage.

Mr. Balmer said the situation has taught him to use as many outlets as possible, including social media, to get the word out about election operations to avoid the kind of problems that people experienced Friday.

“It created a lot of consternation that was not necessary,” he said. “I want to make sure that doesn’t happen again.”