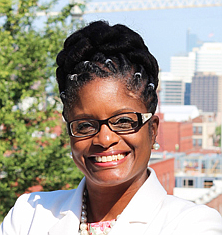 Stacey Daniels-Fayson has resigned from the Richmond Redevelopment and Housing Authority after serving more than a year as interim chief executive officer, the authority has confirmed.

Ms. Daniels-Fayson was returned to her role as RRHA vice president of finance after being replaced April 1, again on an interim basis, by Sheila Hill-Christian, who also is helping the authority recruit the next permanent CEO.

RRHA stated that Ms. Daniels-Fayson will stay on until Friday, May 6, to ensure a smooth transition.