Banking, the Black community and the Durbin Amendment, by Taikein M. Cooper 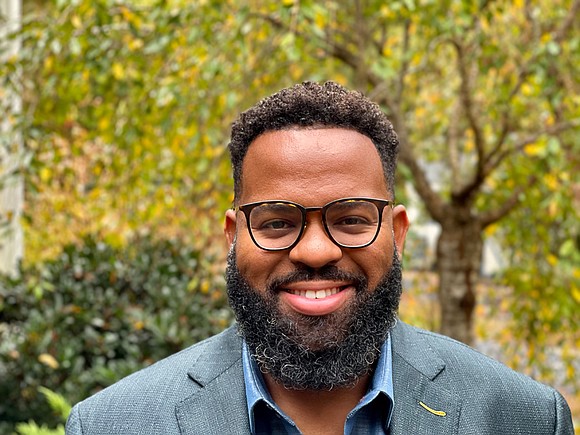 Access to banking, and all the opportunities it affords, is an absolute necessity for historically disenfranchised and marginalized communities. It’s how we pay for our everyday essentials, take out loans to start businesses or buy homes and attempt to build generational wealth to make the American Dream a reality.

Unfortunately, access to banking has been increasingly declining during the past decade. According to Federal Deposit Insurance Corporation data, more than 4 percent of Virginia households overall are unbanked, meaning no member of the household has a bank account.

When we look at minority communities, the numbers are much worse.

The United Way of Greater Richmond and Petersburg found that roughly 15 percent of Black and brown households are un- banked in this region. These numbers are compounded as we think about the number of merchants that rarely accepted cash during the pandemic or had limited change to refund to customers.

Representatives in Congress should focus on policies that will help rectify this issue of unbanked households. Yet, certain special interest groups are lobbying federal leaders to push policies that will make it even more difficult for communities that need the most help in this arena. Big corporate retailers currently are working to get these elected officials to extend the 14-year-old Durbin Amendment to credit cards, an amendment that imposed regulations on the interchange fees merchants pay banks to process debit cards.

In short, every time you swipe a debit card, the place where you are swiping pays the bank a small fee. In some places, businesses pass on that fee to the customer with a “convenience fee.” Historically, that fee was a percentage of the purchase, but the Durbin Amendment capped those fees. The idea was that by capping the fees on debit cards, corporate retailers like Walmart, Amazon, Kroger and Costco would lower prices for consumers.

However, the Federal Reserve Bank of Richmond found that 90 percent of merchants have not decreased their prices, and corporate retailers have made an additional $90 billion.

Even worse is the impact this policy has had on banking access. Banks depend on interchange fee revenue to keep their fees and minimum account balances low, but after they saw revenue drop substantially, they have taken drastic measures.

A study from the Government Accountability Office found that after the Durbin Amendment went into effect, covered banks were about 35 percent less likely to offer free checking accounts and increased the average minimum balance to avoid a monthly fee on these accounts by 50 percent.

As banking got pricier, communities that already were strug- gling were hit the hardest. George Mason University reported in 2014 that these regulations increased our nation’s unbanked population by 1 million people, disproportionately so in minority and low-income areas.

Looking at the historical data on the Durbin Amendment, it seems obvious that our congressional members should reject any expansion of these regulations to credit. In 2021, economists estimated that extending this amendment to credit cards would transfer around $40 billion to $50 billion every year from consumers to big box stores, which we already know won’t be used to lower prices.

Just like before, banks will lose billions in interchange revenue and raise fees for credit cards like we saw them do before with debit cards. Since the credit market is much larger than the debit market, banks will have to take even more drastic measures—like cutting rewards programs, raising interest rates and raising credit standards.

Virginians deserve accessible and affordable banking and credit access. Extending Durbin Amendment regulations to credit cards would be harmful to marginalized consumers and the wrong choice for our communities.

The writer is a Richmond-based education and equity advocate.