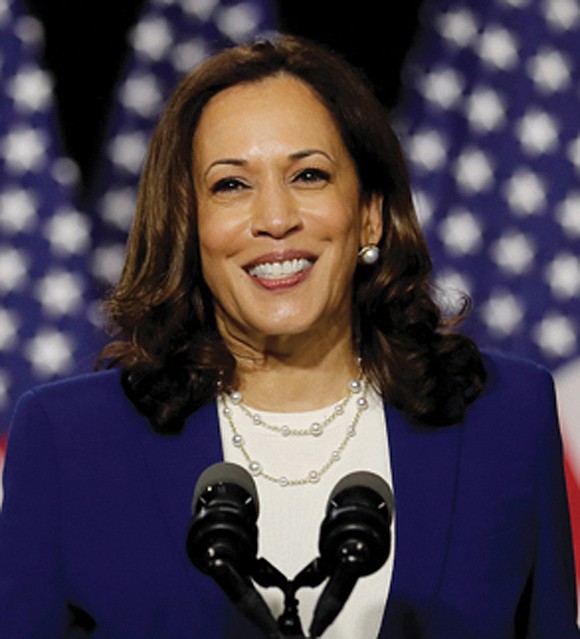 WASHINGTON - Vice President Kamala Harris tested positive for COVID-19 on Tuesday, the White House announced, underscoring the persistence of the highly contagious virus even as the United States eases restrictions in a bid to return to pre-pandemic normalcy. Neither President Biden nor First Lady Jill Biden was considered a “close contact” of Vice President Harris in recent days, said Kirsten Allen, the vice president’s press secretary.

Vice President Harris had been scheduled to attend President Biden’s Tuesday morning Presidential Daily Brief but was not present, the White House said. She had returned Monday from a weeklong trip to the West Coast. The last time she saw President Biden was Monday, April 18.

“I have no symptoms, and I will continue to isolate and follow CDC guidelines,” Vice President Harris tweeted. “I’m grateful to be both vaccinated and boosted.”

After consulting with her physicians, Vice President Harris, 57, was prescribed and is taking Paxlovid, the Pfizer antiviral pill, her office said late Tuesday. The drug, when administered within five days of symptoms appearing, has been proven to bring about a 90 percent reduction in hospitalizations and deaths among patients most likely to get severe disease.

President Biden phoned the vice president Tuesday afternoon to make sure she “has everything she needs” while working from home, the White House said.

Vice President Harris, received her first dose of the Moderna COVID-19 vaccine weeks before taking office and a second dose just days after Inauguration Day in January 2021. She received a booster shot in late October and an additional booster on April 1.

Fully vaccinated and boosted people have a high degree of protection against serious illness and death from COVID-19, particularly from the most common and highly transmissible omicron variant.

Her diagnosis comes a month after her husband, Doug Emhoff, recovered from the virus, as a wave of cases of the highly transmissible omicron subvariant has spread through Washington’s political class, infecting Cabinet members, White House staffers and lawmakers, including House Speaker Nancy Pelosi.

Ms. Allen said Vice President Harris would follow federal Centers for Disease Control and Prevention guidelines “and the advice of her physicians.”

The White House has put in place strict COVID-19 protocols around the president, vice president and their spouses, including daily testing for those expected to be in close contact with them. President Biden is tested regularly on the advice of his physician, the White House has said, and last tested negative on Monday.

“We have a very, very contagious variant out there,” said White House COVID-19 coordinator Dr. Aashish Jha on Tuesday. “It is going to be hard to ensure that no one gets COVID in America. That’s not even a policy goal.” He said the administration’s goal is to make sure people don’t get seriously ill.

Dr. Jha added that despite the precautions, it is possible that President Biden himself will come down with the virus at some point.

“I wouldn’t say it’s just a matter of time, but of course it is possible that the president, like any other American, could get COVID,” he said. “There is no 100 percent anything.”

Ms. Psaki said she “would not expect” any changes to White House protocols.

After more than two years and nearly a million deaths in the United States, the virus is still killing more than 300 people a day in the United States, according to the CDC. The unvaccinated are at a far greater risk, more than twice as likely to test positive and nine times as likely to die from the virus as those who have received at least a primary dose of the vaccines, according to the public health agency.

Vice President Harris’ diagnosis comes as the Biden administration is taking steps to expand availability of the life-saving Paxlovid, reassuring doctors that there is ample supply for people at high risk of severe illness or death from the virus.

In addition to her husband’s diagnosis, Vice President Harris was identified as a “close contact” after her communications director tested positive on April 6.

The CDC defines “close contact” with an infected person as spending 15 minutes or more with them during a 24-hour period. The CDC says people with “close contact” do not need to quarantine if they are up to date on their vaccines, but should wear well-fitting masks around other people for 10 days after the contact.