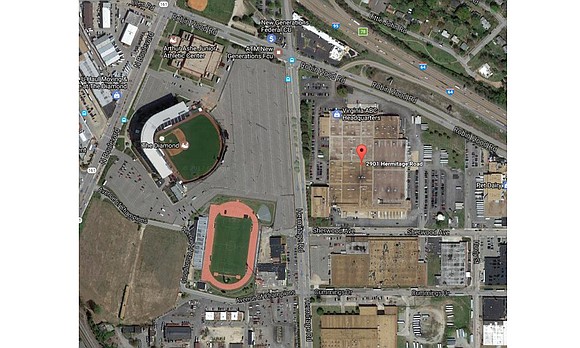 City Hall would violate state and city laws if it moves to tear down the Arthur Ashe Jr. Athletic Center and sell the site without the permission of the Richmond School Board.

That is the opinion of attorney Thomas M. Wolf, a partner in the Richmond-based Miles & Stockbridge law firm. School Board Chair Shonda Harris-Muhammed, 6th District, outlined Mr. Wolf’s opinion to the board Monday. The Free Press later obtained a copy of Mr. Wolf’s four-page letter. 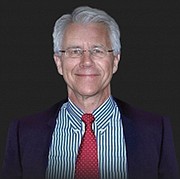 Essentially, the veteran lawyer handed the School Board fresh legal ammunition to push back against the city’s plan to remove the 40-year-old center from a key 4-acre parcel in the Diamond District without School Board approval.

The Diamond District is the 67-acre largely city-owned property that includes the minor league Diamond baseball stadium. The city is preparing to select a master developer to create a new stadium and fill the site with a projected $1.5 billion in new apartments, homes, retail shops and offices.

At stake in the simmering conflict between the city and School Board over the center’s site are the millions of dollars that the Richmond school system could receive for school improvement if the city sold the center’s site as part of the Diamond development.

A city ordinance would require that money derived from the sale of the center be devoted to school construction and maintenance, Mr. Wolf stated.

City Attorney Haskell C. Brown III has advised Mayor Levar M. Stoney and City Council that the city holds the title to the Ashe Center, located at the corner of Arthur Ashe Boulevard and Robin Hood Road, and “may dispose of the center without the involvement of, or any payment to the School Board.”

Mr. Wolf wrote that Mr. Brown “is mistaken” in hinting strongly that the city could not defend its position if it landed in court.

“The reality is that the City has explicitly acknowledged that the Center is school property by having Richmond Public Schools exclusively manage the center” since it opened in 1982 and “pay all of the costs of its operation,” Mr. Wolf stated.

“If the Center were not school property, it would have been a clear violation of Virginia law for the School Board to use school funds to operate it,” he continued. State law vests the School Board with sole control of such property.

As a result, Mr. Wolf stated, the city has no legitimate argument that it can “sell the Center and use those very proceeds for anything other than” capital improvements for public education.

Mr. Wolf also noted Mr. Brown is turning upside down the city’s long-standing position that only the School Board can control school property, a position supported by a precedent-setting federal court decision handed down 15 years ago.

Mr. Wolf, who has three children who attended Richmond Public Schools and is the husband of former School Board member Carol Wolf, offered his view at no charge.

He agreed to provide his services pro bono after the School Board’s attorney, Jonnell P. Lily, told the board her firm, Harrell & Chambliss, had a conflict of interest and could not represent the board in the Arthur Ashe matter.

As yet, the board has not hired another law firm to represent them. Ms. Harris-Muhammed told her colleagues she is still trying to set up a meeting with City Council to resolve the issues involving the center.