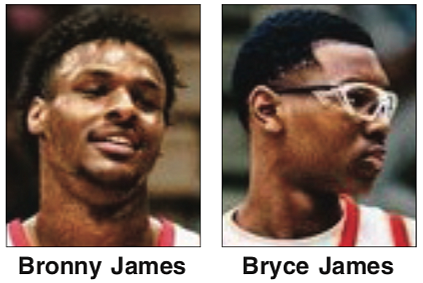 It would be notewor- thy for a high school basketball team to have one son of a famous NBA player.

Sierra Canyon School in the Chatsworth neighborhood of Los Angeles is so blessed.

LeBron James remains an active player with the Los Angeles