The holidays are here 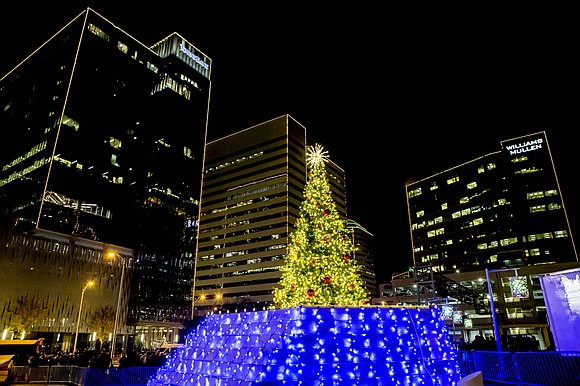 Richmond will officially kick off the holiday season this weekend with several popular events.

The regional parade is scheduled to run from 10 a.m. to noon Saturday, Dec. 3, moving east along 32 blocks of Broad Street between the Science Museum of Virginia and 7th Street.

The holiday weekend will launch with RVA Illuminates on Friday, Dec. 2, the traditional ceremony to light up Downtown.

Gates will open at 4 p.m. at Kanawha Plaza, a city park bounded 7th, 9th, Cary and Canal streets, with the switch-on of the lights at 6 p.m. and a free showing at the park of the movie “Elf” set for 7 p.m.

Main Street Station also will host the 3rd Annual Christmas Under the Clock Tower with an open house at 7 p.m. Friday to showcase fir trees decorated by nonprofit organizations. The display of creativity will remain on view at the station, 1500 E. Main St., through New Year’s Day.

Meanwhile, Shockoe Slip and Shockoe Bottom also will light up Friday, with carolers, food trucks and other activities at the 17th Street Farmers’ market from 6 to10p.m.

In addition, RVA First Fridays will showcase art galleries and shops located between 2nd and Henry streets from 5 to 11 p.m. Friday.

Listings of holiday activities in Richmond and surrounds can be found at venturerichmond.com or at allevents.in/ Richmond/Christmas#.