RPS employee faces firing for incident she, others deny 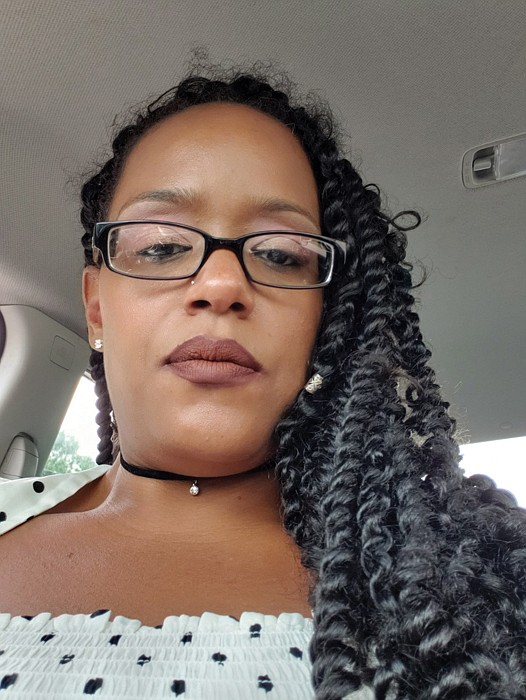 Robin Spears previously had a spotless record during her 14 years as a teacher and social worker with Richmond Public Schools.

Suddenly, her world is topsy-turvy because she disciplined a second-grader who was knocking over chairs in her office at Fox Elementary School, where her exemplary record had led to her assignment in running an RPS after-school program.

The official RPS finding is that she hit the child with a pointer in trying to bring the defiant and unruly youngster under control — a finding Ms. Spears has sharply denied as have two RPS staff members who were in the room and witnessed her dealings with the child.

Even so, RPS Superintendent Jason Kamras has recommended that Ms. Spears be fired. The School Board, which has sole authority to hire and fire, is scheduled to consider the recommendation in a closed-door session on Monday, Dec. 5.

Separately, Ms. Spears is facing a misdemeanor charge of assault and battery that has grown out of this case, with her trial scheduled for a week later on Monday, Dec. 12, in Richmond Circuit Court.

Her case is raising questions and concerns about whether Mr. Kamras has rushed to judgment on a complaint involving a Black employee’s dealings with a white child and whether the Commonwealth’s Attorney’s Office piles on without evidence.

Besides the two supportive witnesses, Ms. Spears has already been cleared by Child Protective Services, which dismissed the claim.

In addition, the case against Ms. Spears was dismissed in Juvenile and Domestic Relations Court after Commonwealth’s Attorney Elisabeth Linka was unable to present any substantive evidence.

Ms. Linka obtained a grand jury indictment to take it to Circuit Court, but, according to Ms. Spears, has yet to subpoena any witnesses to testify against her. The two RPS staff members, Valerie Evans and Georgette Williams, who support her version that nothing happened, are prepared to testify on her behalf, she said.

“It’s been a lot of craziness,” said Ms. Spears, a state-licensed clinical social worker who is not a novice in working with children.

A Richmond native, Ms. Spears has gained substantial experience since graduating from Howard University and adding a master’s degree from Virginia State University.

Before joining the RPS staff in 2008, she worked for the Department of Social Services and the Virginia Treatment Center. Initially, she taught elementary school before switching to a social work position in 2011.

Outside of RPS, she also operates a day care center and is preparing to open two homes for people with developmental disabilities.

Her trouble began Nov. 22, 2021, when a staff member brought to her a youngster who was regularly involved in incidents and told her the child had been disrupting an academic program by walking on tables and chairs in the cafeteria where the class was being held.

The staff member stayed with the child, and another staff member was in the office waiting to talk with Ms. Spears.

Ms. Spears said that after the child was seated, she called his mother to come and get him, saying, “He’s having a day.”

When she told the child his mother was coming, he got upset, she recounted. He toppled two chairs, and then tried to throw one.

Speaking sternly as she had been trained, she told him 11 times to pick up the chairs and put them in place before he would comply. She said she also tapped the bottom of one chair to indicate that was one to be picked up.

“At no time did I hit the student,” Ms. Spears has repeatedly stated.

The case took off when Derrick Bates, an RPS out-of-school time specialist who was not present, filed a complaint that accused Ms. Spears of “hitting a student during an extended day with a broom.” Daniela Jacobs, the Fox principal, also filed a complaint after hearing a student was hit in the after-school program.

Ms. Spears was sent the next day to what RPS staff call the “warehouse” to await a resolution. The warehouse is an office where employees on paid leave are sent while a complaint is investigated.

Employee Relations assigned Regina Switzer-Ellis to do the internal investigation.

She included a statement from Ms. Spears denying she made physical contact with the student and statements from the two adult witnesses.

According to the report, the child, too, told Ms. Switzer-Ellis that only Ms. Spears and two other adults were in the room.

Despite those statements, Ms. Switzer-Ellis claimed to have confirmed the hitting based on statements that two people whom the child stated were not in the room provided to her, even those witnesses provided inconsistent statements on where the child was hit.

Charles Costigan, a YMCA employee who was providing enrichment activities for the program, claimed to have seen Ms. Spears hit the child on the butt with the pointer.

Jadius Murchison, a special education assistant, alleged Ms. Spears tapped the child on the leg with the pointer.

The child later claimed that Ms. Spears hit him in the head, on his back and on the top of his knee.

During an appeal hearing, Ms. Switzer- Ellis testified that a child walking on tables and chairs or toppling chairs could not be described as “being out of control.” She claimed the child was in a “state of calm.”

Ms. Switzer-Ellis, though, recommended a letter of reprimand. She was overruled by Mr. Kamras.

Sa’ad El-Amin, who served as Ms. Spears’ advocate during the administrative proceedings, finds it incredible that RPS is preparing to fire a veteran employee over this incident and hopes like Ms. Spears that the School Board will reverse the decision.