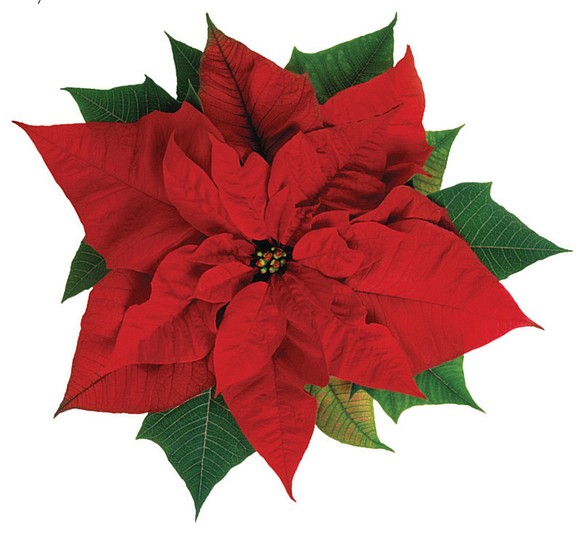 Holiday memories are created by family — whether it is the family in which we are born or the family we create through church, work or social interactions.

May these reflections of cherished holiday memories, shared by five Richmond residents, bring you a renewed sense of joy and peace now and in the coming year.

Warmth of family, food and festivities

My most cherished holiday memories are rooted in family gatherings. Best of all was the Christmas tradition of our nuclear family traveling to Washington, D.C., to visit my father’s favorite cousin, Ethel Crawford Ellison, and her husband, Dr. John Malcus Ellison Jr.

Our family began the tradition in the late 1970s at the request of Cousin Ethel. After all, she and my father, Stafford A. Flowers, shared “favorite cousin” status that began during their childhood. My father’s mother, Lily Clayton Flowers, was the oldest of the “Clayton Girls” (originally from Surry County), and Cousin Ethel’s mother, Viola Clayton Crawford, was the youngest.

I remember the anticipation before traveling to Washington via I-95. I treasured going to the “Big City,” and seeing the National Christmas Tree, holiday lights at the Willard Hotel and Garfinckel’s Department Store. The funniest part of the journey was seeing the festively-attired street walkers on 14th Street, N.W., Downtown D.C. My father would say, “Hey boy, do you see that!” My mother would exclaim, “Oh my stars!” As a teenager, the street activity was shockingly educational.

Upon arrival at 1374 Tuckerman St., N.W., my cousin Deborah, would open the front door, and ,exclaim, “The ‘Big Staff’ is here!” Shortly thereafter, Cousin “Mac” would summon my father downstairs to his bar by saying, “It looks like you need something for ‘the snake bite’ — (a colloquialism that referred to drinking alcohol after being bitten by a snake to relieve the pain). I would follow in tow to hear the two of them share “tall stories.”

One memorable story was how Cousin Ethel and “Mac” met. As a boy, my father had a newspaper route in Richmond, which included the campus of Virginia Union University, where Cousin “Mac’s” father, Dr. John Malcus Ellison, Sr., served as president. My father and “Mac” became good friends. Both stayed in contact over the years. One day, my father said, “I want to introduce you to my pretty cousin.” Cousin Mac retorted, “If she looks anything like you, I would rather not meet her!”

As the streets of friendship and family met at the intersection of fate, the two would wed and raise three children in the nation’s capital.

The Christmas dinners on Tuckerman Street were legendary! A buffet of turkey, ham, roast beef, combined with macaroni and cheese, collard greens, candied yams, string beans, and “bake and serve” three-section rolls. For dessert, we were served sweet potato pie, pound cake, an assortment of ice cream, and my father’s famous eggnog.

As the last leaves fall and the weather begins to change, lights begin to twinkle and once again “it’s the most wonderful time of the year.” Since I was a little girl, I’ve cherished Christmas and the traditions that make the holiday. My family might argue that I love the traditions a little too much.

The nostalgia that Christmas traditions bring is the true magic of the holidays. I remember those Christmases past, waking up to my mom’s pull apart rolls for breakfast and the Christmas that I got a camcorder. I remember baking cookies and lemon squares for family and friends and being reminded “it’s what Faith Norrell would do.” I remem- ber reading my mom’s 1951 copy of “The Night Before Christmas.” I remember the year we couldn’t find the book and I had to print my own version to read.

Some of my earliest Christmas memories transport me to the land of the Sugar Plum Fairies and the Richmond Ballet’s production of “The Nutcracker.” In 2007, I was honored to be in the ballet as an angel. Every year we would leave with a new nutcracker for our nutcracker tree, one of the four trees we put up. There was a traditional big tree, the tree that sat on the bar covered in airplane bottles called the “Tipsy Tree,” I later understood why it leaned a little to the right, and my mom’s all-white tree covered in mid-century modern ornaments. I have started my own tradition of hanging my tree upside down!

Every year after we open presents, we rewatch Christmas home videos, including the year my parents found out they were expecting me. Twenty-five years later, I’ve come to realize the true gift has always been time spent with family, giving back to others, and reveling in nostalgia. As the years go by, those traditions will continue to have a place in our family’s festivities as new ones continue the legacy. 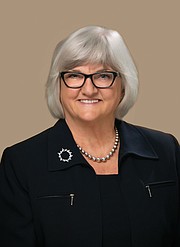 Christmas was a magical time for me and my younger brother.

My parents worked to preserve our belief in Santa Claus. In my oldest memories, we didn’t even have a tree up when we went to bed on Christmas Eve after reading “The Night Before Christmas,” hanging our stockings by the fireplace, and leaving cookies out for the “jolly old elf.”

Then we woke up the next morning to the product of my parents’ all-nighter—a Christmas tree glittering with old metal tinsel hung strand by strand, red lights and red and silver balls, an HO scale train set running on its track around the tree, newly assembled bicycles and myriad other treasures wrapped and carefully displayed.

As we aged and grew from a family with three children to a family with six, traditions evolved. The kids participated in selecting and decorating the tree (including the tedium of hanging tinsel strand by strand), and one by one we discovered that Santa was a wonderful Christmas story rather than a person.

Some things remained unchanged, though preserving that sense of magic — a tree with only red lights and red and silver balls, stockings hung by the chimney with care, and readings of “The Night Before Christmas,” one preserved on an old recording with all of us reading for our grandmother. 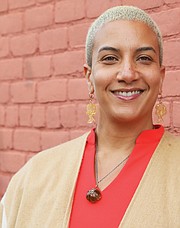 Two Decembers ago, Chloe, and her 6-year- old persistence, created a new tradition for our little family. I often travel for work and each time Chloe asks, “Well, can I come?” For a while it was a monthly re-imagining of how to say, “Maybe next time, baby.” As a co-parent, I got creative at going out of town without her knowing. But while at her Dad’s house, she’d FaceTime me and ask, “Wait, Mommy where are you?”

In March of 2020, the world was locked down and by that December everyone had cabin fever, not to mention Chloe was inquiring about Christmas. Finances were tight during the pandemic and it was time for this mommy to pull out the holiday magic.

When I asked Chloe what she wanted for Christmas, she said for us to take a trip. She even offered compromises such as committing to an hour of her school Chromebook each day of vacation. My mommy magic pulled together a road trip for us to head to Nags Head, N.C. It was cold and rainy, but Chloe didn’t care. The Airbnb, the travel and the experience lit up her heart that seemed to splash a permanent grin across her little cheeks. Then came Christmas morning. I waited for the moment to remind her about the beach, but it was my 6-year-old re-telling the memories. She knew the true gift of the season was our quality time together.

Chloe’s enthusiasm pushed this mommy to plan for longer travel and warmer temperatures. In 2021, we went to Miami and I’m happy to report that for 2022, we just returned from Fort Lauderdale, Fla. Our memories are actively evolving and every year we plan to expand our mother-daughter December adventures to remember.

My most cherished holiday memory always reminds me how important it is to help provide hope in any way that you can during the holidays. I grew up in Grand Rapids, Mich., and during many of those years my family didn’t have much.

I’m not embarrassed to share that we lived on public assistance most of my childhood. There was one particular year when I was 9 or 10 years old where things were particularly difficult and we had to move in with my grandmother.

This happened right before the holidays and so there was not much of an expectation that me or my brother would get very much for Christmas.

He and I still spent a lot of time, dreaming. We would spend hours going through a huge JCPenney holiday catalog, circling all the things that we wanted for Christmas. We always made sure that we put the correct initials by each item, and would even put a few stars on some things we really wanted.

My mom took us to the store, picked up the best tree we could find and we brought it home and had a ton of fun decorating. While decorating was fun, my mom made sure that she reminded us of how difficult things were and that we may not get very much for Christmas.

As a young kid on Christmas Eve, I still went to bed, hopeful. Little did I know the day before Christmas Eve my mom’s prayers were answered when she received a bag of toys specifically for my brother and me from a local charity.

On Christmas morning, I woke up earlier than everyone. I woke my younger brother up and told him we should go downstairs to see if there’s anything under the tree. We both ran down and when we got there we saw two large black trash bags under the tree with a tag with our names on it. We could care less that they were not beautifully wrapped presents. We were just so happy that we had something.

We tore into those trash bags and were so excited to see basketballs, footballs, books, clothes and other items. I probably got in trouble five times that day for dribbling my new basketball around the house! That Christmas our hope was met by the kindness and generosity of others, and I’ll never forget that.