Nikole Hannah-Jones: ‘We’ve been taught the history of a country that does not exist’ 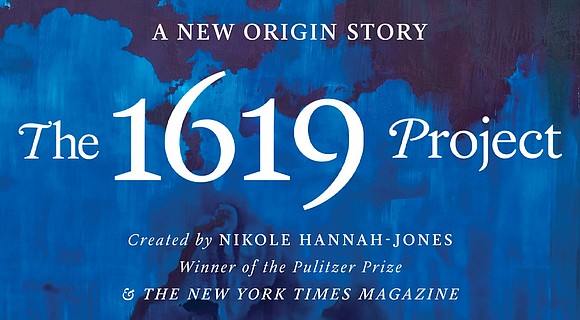 NEW YORK - Following a year of professional milestones born of her work on America’s history of slavery, Pulitzer Prize-winning journalist Nikole Hannah-Jones said she is clear-eyed about her mission to force a reckoning around the nation’s self-image.

The New York Times Magazine writer began 2021 in a protracted tenure fight with her alma mater, the University of North Carolina at Chapel Hill — the dispute ended when she announced in July that she’d take her talents to a Howard University, a historically Black university in Washington — and closed 2021 as a national best-selling author. 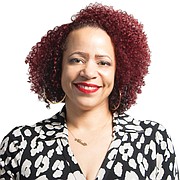 “I’ve gone from being just a journalist to becoming some sort of symbol for people who either love me and my work or revile me and my work,” she said.

Ms. Hannah-Jones recently spoke to The Associated Press in an exclusive interview about the ongoing controversy over “The 1619 Project,” a groundbreaking collection of essays on race that first appeared in a special issue of The New York Times Magazine in 2019 during the 400th anniversary of the first enslaved Africans brought to America in Virginia. Now in book form, the project has become a touchstone for America’s reckoning over slavery and the reverberations for Black Americans.

“The 1619 Project: A New Origin Story,” and “Born on the Water,” a picture storybook collaboration with co-writer Renée Watson and illustrator Nikkolas Smith, each have spent consecutive weeks atop the Times bestseller list since their Nov. 16 release. A TV documentary on the work is due out later this year.

Still, Ms. Hannah-Jones said the backlash to her work is evidence that the United States is approaching a make-or-break crossroads on its global standing as a democracy.

“I think that we are in a very frightening time,” she said in the interview at AP’s New York City headquarters.

“People who are much, much smarter than me, who have studied this much, much longer than I have are ringing the alarm,” Ms. Hannah-Jones said. “I think we have to ask ourselves ... the narrators, the storytellers, the journalists: Are we ringing the alarm in the right way? Are we doing our jobs to try to uphold our democracy?”

AP: If anything, what did 2021 teach you about where we are in our country currently when it comes to racial justice and our reckoning with history?

Ms. Hannah-Jones: The year, to me, is just reflective of what I’ve always un- derstood about this country. And that is that steps forward, steps toward racial progress, are always met with an intensive backlash. That we are a society that willfully does not want to deal with the anti-Blackness that is at the core of so many of our institutions and really our society itself.

AP: Can you point to any progress in how the discourse has developed or evolved?

AP: Do you think this country is poised to make any progress on issues of racial justice, and especially around education?

Ms. Hannah-Jones: Many in mainstream media got caught up in the Republican propaganda campaign, which tried to conflate the teaching of a more accurate history, the teaching of structural racism, with trying to make white children feel badly about themselves or guilty. And so much of the coverage was driven by that. ... I hope that there’s going to be some serious examination of the role that we as media played (in) really putting forth and legitimizing what was a propaganda campaign.

AP: “The 1619 Project” is now a book. For people who don’t understand, how is it different from what was published in The New York Times Magazine?

Ms. Hannah-Jones: We all know that there has been a tremendous amount of scrutiny of “The 1619 Project.” ... I think those who had questions can now go and actually see the source material, can see the historiography that undergirds the work. For anyone who comes to it with an open mind, it is going to be deeply surprising. They’re going to learn so much about both the history of their country, but also the history that shapes so much of modern American life.

AP: Some people would say that this is all an agenda-driven piece of work.

Ms. Hannah-Jones: And they’d be right.

AP: Why are they right?

Ms. Hannah-Jones: Because it is. The agenda is to force a reckoning with who we are as a country. The agenda is to take the story of Black Americans in slavery, from being an asterisk, to being marginal to being central to how we understand our country. When people say that, though, I know that they’re saying it in disparaging ways. I’m just being honest about the nature of this work. ... We’ve been taught the history of a country that does not exist. We’ve been taught the history of a country that renders us incapable of understanding how we get an insurrection in the greatest democracy on Jan. 6.

AP: What issues do you see as dominating our politics in 2022?

Ms. Hannah-Jones: I try to never predict the future. And I’m also not a political reporter. ... We, as Americans, are going to be severely tested in the next year or two to decide what are we willing to sacrifice to be the country that we believe that we are. And whose rights do we hold as fundamental in this country? And are all Americans worthy of having those same rights? I don’t think we know the answer to that. But I think what is important for us to know is we decide.