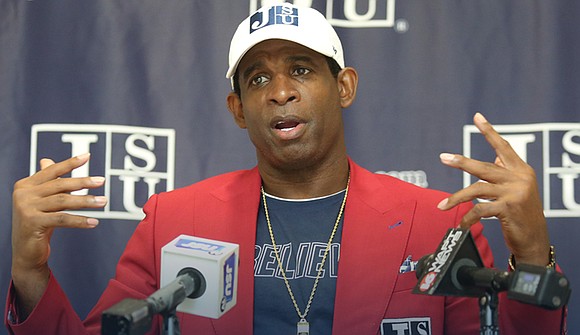 Coach Deion Sanders is going to need to clear more room in his family trophy case.

The RobinsonAward, named after the legendary College Football Hall of Fame coach at Grambling State University from

On the same stage on Jan. 7, Coach Sanders’ son, Shedeur Sanders, was named winner of the Jerry Rice Award, which goes to the top freshman at an FCS school.

The young Sanders, a quarterback for Jackson State, passed for 3,231 yards with 30 touchdowns in his first college season.