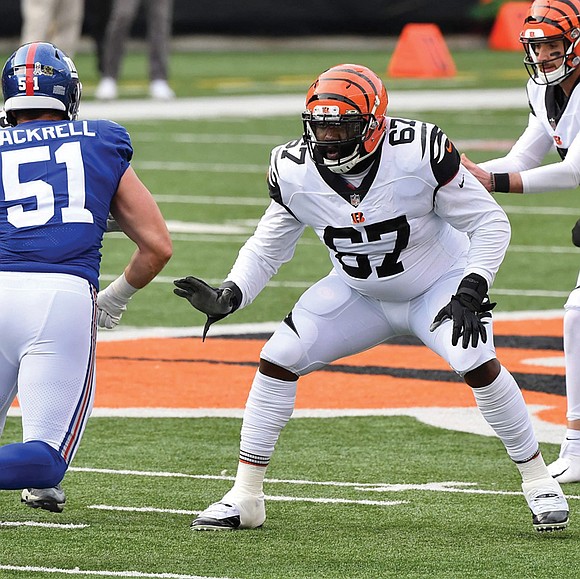 The Cincinnati Bengals’ Quinton Spain played at Petersburg High, where he was known for football and basketball.

Protecting quarterback Joe Burrow is a top priority for the Cincinnati Bengals.

That’s where Quinton Spain comes in.

The 6-foot-4, 330-pound offensive guard has been a Burrow bodyguard during the Bengals drive to the AFC championship game.

Spain, who wears a black, orange and white No. 67 jersey, played locally at Petersburg High and was known as much for basketball as football.

Un-drafted out of the West Virginia, Spain played with Tennessee and Buffalo before signing with Cincinnati in 2020.

Unfortunately, Cannon suffered a concussion in Week 13 and has been placed on Injured Reserve.

The Washington Football Team has close ties to the 49ers and Rams.

Here’s a peek at the Final Four: