More now than ever, by Dr. E. Faye Williams 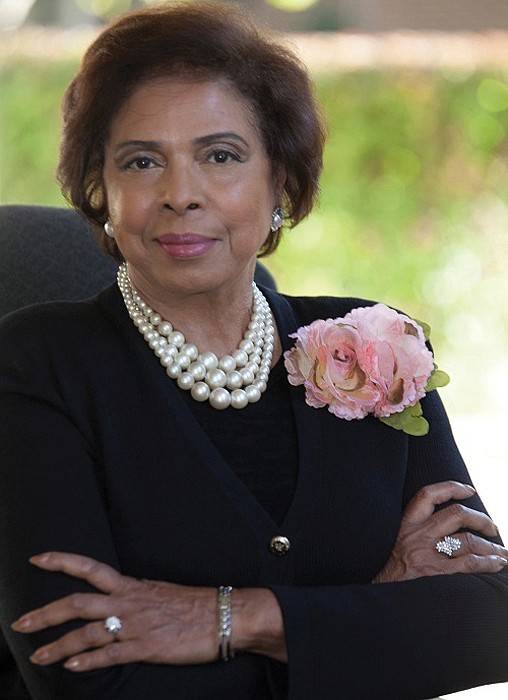 By now you have heard what was forecast as the inevitable — all Senate Republicans and two Senate Democrats believe the Senate Filibuster Rule to be more significant than the right of millions (actually all) of Americans to participate in free and impartial elections.

It stands clear that the Republican wall of objection exists to sour public opinion against the current administration by stalling any forward public policy with their obstructionist conduct. We also know this to be true because at the beginning of the terms of the past two Democratic Presidents, Kentucky Sen. Mitch McConnell, the leader of Senate Republicans, has told us so. This obstructionism is and has been executed for the purpose of gaining and/or maintaining POWER, all at the expense of any possible legislative good that could accrue to the American people!

Because Republican obstruction has such a significant negative impact upon people of color, as in their rejection of theJohnLewisVotingRights Advancement Act and the Freedom to Vote Act, I say with great certainty that overt racism plays an important part of their decision-making process. It has been (correctly) suggested that the results of the 2020 general election in which the enthusiasm and turnout among voters of color proved so threatening to the power and influence of white America that it inspired a resurgence of voter suppression and restriction legislation at state and local levels.

The two Senate Democrats who voted with the Republican obstructionists, Joe Manchin of West Virginia and Krysten Sinema of Arizona, are holding fast in support of the primacy and enduring nature of the filibuster. Each has falsely claimed that the filibuster rule is essential in promoting compromise and consensus in the legislative process of the Senate and is so rarely modified as to be a permanent fixture in its function.

In a recent television appearance, Democratic Sen. Amy Klobuchar of Minneapolis and chair of the Senate Rules Committee, contradicted Senators Manchin and Sinema by drawing attention to the 160 modifications (carve-outs) to the filibuster rule, most of which benefitted the interests of the Republican Party. The referenced carve-outs allowed forasimplemajorityvotefor nominees to the Supreme Court and the Federal Judiciary and, most recently, a simple majority vote to raise the Federal Debt Limit. What Sen. Klobuchar exposed was a contrived rationale which placed consideration for the rights of voting citizens in lower priority to the political and special interest influencers who pump contributions into campaign coffers.

In total honesty, the history and traditions of West Virginia and Arizona suggest that the Manchin-Sinema commitment to the filibuster may be rooted in racist considerations. Both states have large numbers of voters devoted to the principles of Trump and those who have bought into the racial fear mongering of Republicans. Am I calling them racists? Well, if it walks like a duck ...

More now than ever, we must distill all available information into principles useful for voting. We must demonstrate an understanding that we are voting for more than a political party. We must tactically purpose our votes to support our current and future interests, and we must do so without allowing the perfect to be the enemy of the good.

Second, we must be pragmatic in our evaluation of our current social condition and the potential of our future social circumstance in the face of adversarial reactionism/racism. Republican fear-mongering against people of color has created real and imagined social conflict and I am led to believe that a willingness to strip voting rights from people is merely a precursor to stripping away rights that we and our ancestors fought so diligently to attain.

The writer is National President of the National Congress of Black Women, Inc.