'This will allow us to dream ... it will allow restoration and interpretation’ 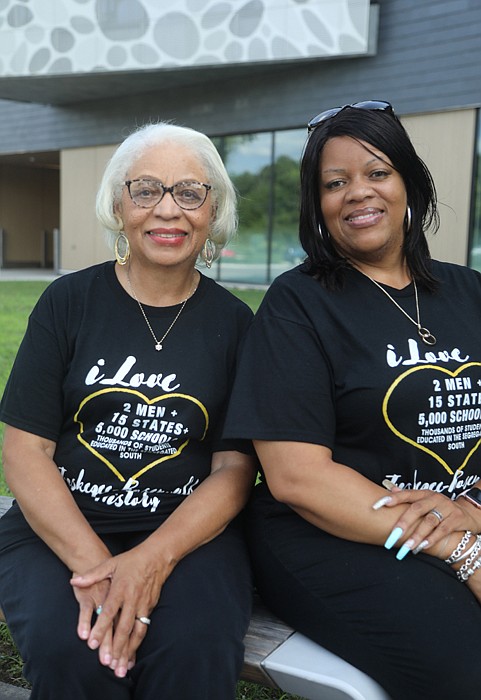 A Cumberland County school that was part of a vibrant African-American community for nearly 50 years is getting help from the National Park Service to preserve its location.

The AMMD Pine Grove Project has received a $290,000 African-American Civil Rights grant from the NPS to stabilize the historic Cumberland County Pine Grove Rosenwald School. Immediate plans are to repair the roof and chimney. Long-term plans include a visitor’s center and green space for a nature park and an outdoor gathering space.

The project is the only one in Virginia, and one of 44 projects in 15 states nationally, to receive the funding. The $16.2 million grant pool is dedicated to supporting “the continued preservation of sites and history related to the African-American struggle for equality” according to the NPS.

Pine Grove educated thousands of children from 1917 when it was built, to 1964 when it was closed, said Muriel Branch, former president for the project who recently passed the organization’s leadership torch to her daughter, Sonja Branch-Wilson.

Because the school was the only one for students in the community within a five-mile radius, “my siblings and I walked 3.5 miles one way to get to school everyday,” said Mrs. Branch, who lives in Richmond. “This school did more than just educate us — it was our ancestral home.”

Although the school had been used for various programs since it ceased educating students, it fell into disrepair in recent years.

In late April of 2018, when Mrs. Branch, a retired Richmond Public Schools media librarian, learned the school was scheduled to be auctioned off due to delinquent taxes, she said she could not let it happen.

Mrs. Branch and her family gathered the funds among them to pay off the $2,000 balance and got the deed for the property. Her family’s organization, Agee Miller Mayo Dungy Family Foundation, decided to start a project to save the school. Prior to this, the organization primarily existed for genealogical research and organizing reunions for the family.

Pine Grove Elementary School was one of 5,000 “Rosenwald schools” built in rural communities between 1913 and 1932. A collaboration between Black educator Booker T. Washington and former Sears and Roebuck president Julius Rosenwald, led to the “Rosenwald schools” being built in 15 states, mostly rural Southern communities. The Rosenwald Foundation provided some initial funding for the schools, requiring the communities surrounding the school to provide the additional funds needed.

For Pine Grove, Rosenwald’s foundation donated $50 toward the $1,550 price tag for the school’s construction. Mrs. Branch said the community hosted events to raise an additional $500 — not a small feat for Black people in 1916. For the remainder, the citizens of the community requested funding from the Cumberland County school board. 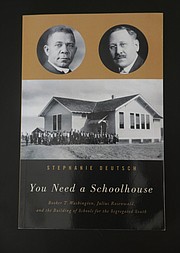 Muriel Branch and Sonja Branch-Wilson own a cherished copy of “You Need a Schoolhouse: Booker T. Washington, Julius Rosenwald, and the Building of Schools for the Segregated South” by Stephanie Deutsch. The book explains the evolution of Cumberland County’s Pine Grove School, which is being restored by Mrs. Branch’s family.

AAMD calls the school a “Tuskegee Rosenwald school” to acknowledge the contributions of Dr. Washington and the Black architects who designed the first schools, created as a part of a pilot program near Tuskegee, Ala.

Mrs. Branch and her organization have been successful in securing partnerships and other funding besides the NPS funds. A $25,000 grant from Virginia Outdoors Foundation will help with the building’s security, lighting, restoring the well, and creating a park and nature trail around the school, she said.

But the journey has not been without challenges. A developer has submitted plans to build The Green Ridge Recycling and Disposal Facility adjacent to the Pine Grove Elementary School site. The University of Virginia Environmental Law and Community Engagement Clinic has represented Mrs. Branch and her organization since 2020 in an effort to halt the landfill’s construction.

The permit for the landfill is under review with the Virginia Department of Environmental Quality and the Army Corps of Engineers.

Beginning Sunday, July 31, Mrs. Branch said the organization will host community events and “visioning and empowerment” meetings to raise awareness about the project and hear what the community believes the school’s renovation should look like. The first meeting will take place at the Cumberland Community Center in Cumberland. Mrs. Branch’s cousin, Rev. Stephanie Hicks Willett, also will conduct focus groups to empower the community on how to advocate for themselves.

While the NPS grant funds are to be used specifically to stabilize Pine Grove, it also “will allow us to dream,” Mrs. Branch said, adding that her organization will sponsor “something in the community every month that combines events and fundraising.”

Mrs. Branch also said the organization is now working on a fundraising strategy to raise money for a survey of nearly 80 homes, paths, waterways, churches and more for the entire area to be named a rural historic district.

“There are about 25 of us who are still here and remember the school,” she said. “And we want to educate our community on the importance of preserving the past because this is our history, our community.”