Gun buyback is on track 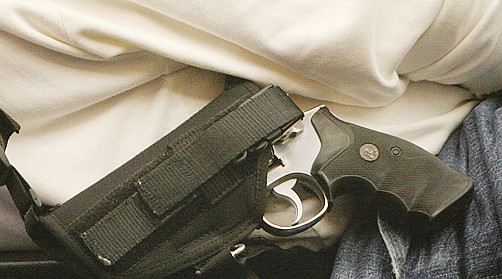 Richmond is on track to sponsor its first gun buyback program — despite substantial evidence that such programs are largely public relations gimmicks that do not affect gun violence.

Five of the nine members signed on as co-sponsors June 6 when council held a special meeting to introduce the legislation and fast-track it for passage.

Among the most enthusiastic is 3rd District Councilwoman Ann-Frances Lambert. “I am a strong proponent,” she told her colleagues during the informal session prior to the meeting. “I am for anything that gets guns off the street.”

Council Vice President Ellen F. Robertson, despite casting a vote for the program, expressed skepticism about undertaking the initiative earlier during informal session.

“If this were successful, we would do it all the time,” the council veteran said. She recalled years earlier council advancing and then withdrawing a plan for such a program after being told it would have little effect on crime or violence.

Dr. Michael J. Jones, 9th District, said during the informal session that “one more gun off the street is a good thing,” but coun- seled his colleagues that it was likely that the program “would collect a lot of garbage guns” people are trying to get rid of but that have no connection to violence.

The Stoney administration, which has earmarked $500,000 in federal funds for gun buybacks, is planning to spend about $83,000 on the first.

Lincoln Saunders, the city’s chief administrative officer, said the plan is to provide those submitting guns gift cards of various values depending on the type of weapon: $250 for a semiautomatic assault rifle, $200 for other types of operable guns and $25 for nonfunctional weapons. No questions will be asked.

He said that the city was working with the California-based Robby Poblete Foundation to set up the program. No date has yet been scheduled.

The foundation is the creation of Pati Navalta, who named it for her son who was slain in 2014.

Operating on $300,000 or less a year, the tiny foundation has made gun buybacks a main element of its limited work. The foundation reports on its website that it previously staged four such programs since 2017, with three in California localities, including San Francisco, and one Augusta, Ga., with a total collection of 1,354 guns. There is no reported evidence that any of the cities experienced any decline in crime or shootings as a result of the foundation’s work.

Most criminal justice experts regard such programs, which originated in Baltimore in 1974, as a waste of money.

One expert, Dr. Gary J. Wintemute, has labeled gun buyback programs that are disconnected from a comprehensive violence reduction strategy as “the triumph of wishful thinking over all available evidence.”

His view was validated in a 2021 study that found no impact on violence from 350 gun buyback programs held between 1991 and 2015 in cities across the country.

The study, released through the National Bureau of Economic Research in Cambridge, Mass., instead found that that those communities that did hold the programs actually experienced “a small increase in gun crimes” after the programs concluded, with the uptick ranging from 3 to 5 percent.

That finding is based on the study’s review of 24 years of data from the National Incident Based Reporting System.

That is what happened in Baltimore 48 years ago after the city hosted the first program. The city reported collecting more than 10,000 firearms and then reported a 5 percent increase in crimes involving firearms after the program ended, according to follow-up review of the program.

According to the 2021 study, two decades of separate data from the National Vital Statistics System, which collects reports on deaths, provided “no evidence that gun buyback programs affected suicides or homicides” in the communities that have run such programs.

“We conclude that gun buyback programs are an ineffective policy strategy to reduce gun violence,” the researchers stated, because the firearm purchase prices are usually set too low to reduce the supply of weapons; most of those turning in firearms live in areas of low crime risk; and most of the weapons are older and in poorer condition.

Buyback programs do well to collect 1,000 weapons, an almost unnoticeable number in a country where private citizens already own an estimated 390 million guns and in which gun manufacturers produce 9 million additional guns each year.