Keeping up with Wilson is a hurdle 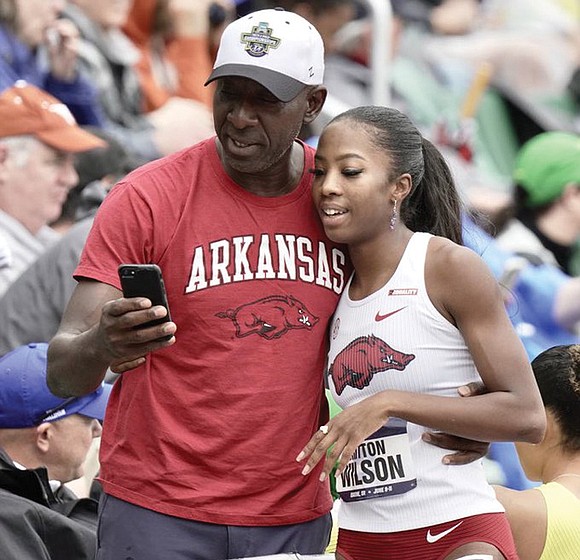 Former VCU basketball star VinceWilson congratulates his daughter, Britton, after her win in the NCAA 400 hurdles.

Even as Britton Wilson’s impressive track and field resume continues to grow, she’s just warming up.

The former Mills Godwin High standout won the 400-meter hurdles June 11 at the NCAA Championships in Eugene, Ore. Her winning time was 53.86.

Earlier this season, Wilson became the first woman in history to win both the 400 hurdles and open 400 at the Southeastern Conference meet.

Next up for Wilson are the U.S. Open National Championships June 23-26, also in Eugene. The World Champi- onships will be July 15-24, again in Eugene.