‘America reigns without a rival’ 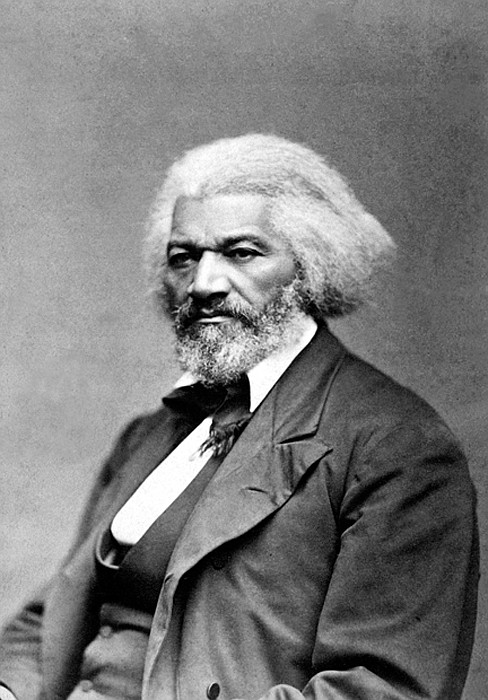 As we approach America’s celebration of its independence on July 4, many of us do so with sadness, trepidation and outright anger. And with good reason.

The recent spate of mass shootings, the unfathomable rollback of Roe v. Wade, the despair in learning that more than 50 migrants seeking a new life only to meet death in a tractor trailer are just a smidgen of the horrific events played out in this country over the past few weeks.

And when we watch the Jan. 6 hearings that livestream the barbarism that took place in the U.S. Capitol nearly 18 months ago, we can’t help but recall the words and sentiment of Frederick Douglass, the noted abolitionist and editor, in his famed July Fourth address.

Mr. Douglass, who was born into slavery on Maryland’s Eastern Shore, escaped to New York, where he became a leader in the movement to abolish slavery and for women’s rights. He published the North Star, an influential anti-slavery newspaper, in Rochester, N.Y. Ultimately, he became marshal of the District of Columbia, U.S. ambassador to Haiti and adviser to several presidents. He also was nominated as the vice presidential running mate of women’s suffrage leader Victoria Woodhull on the Equal Rights Party ticket. He died in February 1895 at age 77.

Frederick Douglass was the best known and most influential African-American leader of the 1800s. He was born a slave in Maryland but managed to escape to the North in 1838.

He traveled to Massachusetts and settled in New Bedford, working as a laborer to support himself. In 1841, he attended a convention of the Massachusetts Antislavery Society and quickly came to the attention of its members, eventually becoming a leading figure in the New England antislavery movement.

In 1845, Mr. Douglass published his autobiography, “Narrative of the Life of Frederick Douglass, an American Slave.” With the revelation that he was an escaped slave, Mr. Douglass became fearful of possible re-enslavement and fled to Great Britain, staying there for two years and giving lectures in support of the anti-slavery movement in America.

With the assistance of English Quakers, Mr. Douglass raised enough money to buy his own freedom and returned to America as a free man in 1847.

He settled in Rochester, N.Y., where he published The North Star, an abolitionist newspaper. He directed the local Underground Railroad, which smuggled escaped slaves into Canada, and worked to end racial segregation in Rochester’s public schools.

In 1852, the leading citizens of Rochester asked Mr. Douglass to give a speech as part of their Fourth of July celebrations. Mr. Douglass accepted their invitation.

In his speech, however, Mr. Douglass delivered a scathing attack on the hypocrisy of a nation celebrating freedom and independence with speeches, parades and platitudes, while, within its borders, nearly 4 million humans were being kept as slaves.

“... I am not included within the pale of this glorious anniversary! Your high independence only reveals the immeasurable distance between us. The blessings in which you this day rejoice are not enjoyed in common.

The rich inheritance of justice, liberty, prosperity and independence bequeathed by your fathers is shared by you, not by me.

The sunlight that brought life and healing to you has brought stripes and death to me. This Fourth of July is yours, not mine. You may rejoice, I must mourn.

... Fellow citizens, above your national, tumultuous joy, I hear the mournful wail of millions, whose chains, heavy and grievous yesterday, are today rendered more intolerable by the jubilant shouts that reach them.

... What to the American slave is your Fourth of July? I answer, a day that reveals to him more than all other days of the year, the gross injustice and cruelty to which he is the constant victim.

To him your celebration is a sham; your boasted liberty an unholy license; your national greatness, swelling vanity; your sounds of rejoicing are empty and heartless; your shouts of liberty and equality, hollow mock; your prayers and hymns, your sermons and thanksgivings, with all your religious parade and solemnity, are to him mere bombast, fraud, deception, impiety, and hypocrisy — a thin veil to cover up crimes which would disgrace a nation of savages. There is not a nation of the earth guilty of practices more shocking and bloody than are the people of these United States at this very hour.

... For revolting barbarity and shameless hypocrisy, America reigns without a rival.”