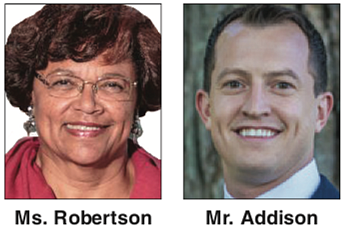 For the first time, Richmond will help pay for fixing up aging trailers and mobile homes.

City Council included $300,000 in the pending 2022-23 budget for that purpose at the request of Councilwomen Katherine Jordan, 2nd District, and Reva M. Trammell, 8th District.

The appropriation is a response to a lobbying effort from the faith-based organization Richmonders Involved in Strengthening Our Communities, or RISC, which broached the idea of renovating trailers with significant defects during its spring meeting with City Council members.

The money is to be used to help cash-strapped residents in mobile home parks in the city cover the cost of critical repairs to avoid having their homes condemned, Ms. Trammell told her colleagues.

The funding is among the initiatives the council included in their version of the city’s spending plan for the budget year that will begin July 1. The council is poised to vote Monday, May 9, on the package of budget bills.

Other initiatives include possible changes in the taxation of real estate, a key component of city revenue. Councilwoman Ellen F. Robertson, 6th District, secured support for her plan to pay $130,000 to Housing Opportunities Made Equal to examine the fairness of property valuations.

She told her colleagues she believes that values in the majority-Black and Latino areas of the city have been kept artificially depressed even as values soared in other parts of the city. In her view, the values began increasing only after newcomers began buying up the depressed property and essentially displacing existing residents.

Ms. Robertson suggested the lower values in non-white areas exemplify the infusion of racial bias into real estate and led to displacement of Black and Brown residents. She wants HOME to take a fresh look at the process of valuing property to ensure it is equitable and to offer recommendations to ensure that racial bias is eliminated from the process.

Separately, Councilman Andreas D. Addison, 1st District, gained backing for an $80,000 investment to look into Land Value Taxation, a 19th-century concept that shifts the focus of property taxation from the valuation of buildings to the valuation of the land.

Richmond would be the first locality in the state to consider this concept that the General Assembly authorized at least three years ago.

Mr. Addison said that a shift to LVT would mean value increases in land would be greater in areas zoned for commercial, retail or multi-family projects, with little or no increase in stable residential areas where prospects for new development are meager.

He said he started thinking about the idea given the current payment structure for property tax revenue.

“Sixty percent of our real estate revenues comes from homeowners,” Mr.Addison said. “In most other cities, it is 40 percent. We are dependent on gentrification for our increasing revenues to pay for services.”

Growth in tax revenues comes from new owners paying higher prices for homes and other buildings, while land that is vacant or has a underused or abandoned building on it is assessed for less.

Under LVT, that would change, Mr. Addison said. Values and property taxes on land in residential areas would remain stable given the meager prospects for development, protecting homeowners from tax spikes. Meanwhile, land zoned for apartments or business development could see rising valuations.

In his view, LVT would push growth as “it would make vacant and empty lots and surface parking lots more attractive for development as their tax bill would increase significantly since there are no buildings on such properties. Density becomes a way to grow our revenues.”

City Assessor Richie McKeithen said the idea would represent a major shift in valuing property and require substantial study on the impact on assessed values and city revenues.

“That is what my budget amendment is for,” Mr. Addison said, “to create the analysis and provide the information to educate people on what LVT does and how it works.”