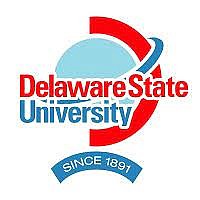 SAVANNAH, Ga. - The president of Delaware State University, a historically Black college, accused sheriff’s deputies in Georgia of intimidating and humiliating the university’s women’s lacrosse team when deputies pulled over the athletes’ bus and searched it for drugs.

Delaware State University President Tony Allen said he’s “incensed” by the April 20 traffic stop along Interstate 95 south of Savannah as the team returned from a game in Florida. In a letter to students and faculty, Dr. Allen said nothing illegal was found and campus officials were “exploring options for recourse— legal and otherwise.”

“We do not intend to let this or any other incident like it pass idly by,” Dr. Allen said in the letter posted Monday on the university’s social media pages.

Liberty County, Ga., Sheriff William Bowman, who is Black, said Tuesday his office is conducting a formal review of the traffic stop. He said deputies had stopped other commercial vehicles the same morning along I-95 and found drugs on a different bus. The team’s chartered bus was stopped because it was traveling in the left lane, which is a violation of Georgia law, he said.

The sheriff said deputies decided to search the team’s bus when a drug-sniffing dog “alerted” alongside it.

No one was arrested or charged. The sheriff said the bus driver was given a warning.

Video posted online by one of the Delaware State lacrosse players shows two white deputies on the bus. One of them tells the bus passengers that possessing marijuana remains illegal in Georgia.

The deputy continues : “You guys are on a lacrosse team, correct? If there is something in there that is questionable, please tell me now. Because if we find it, guess what? We’re not going to be able to help you.”

Sydney Anderson, the student who posted the video, wrote in the campus publication The Hornet Newspaper that team members felt there was “underlying racism” behind the search.

“The team members were in shock, as they witnessed the officers rambling through their bags,” Ms. Anderson wrote. “They brought the K-9 dog out to sniff their luggage. The cops began tossing underwear and other feminine products, in an attempt to locate narcotics.”

Georgia courts have held that the odor of marijuana is enough to give police probable cause to search vehicles without a warrant. The sheriff said he welcomes feedback from the lacrosse team.

“We realize that in this current environment, even a traffic stop can be alarming to citizens, especially African-Americans,” Sheriff Bowman said.