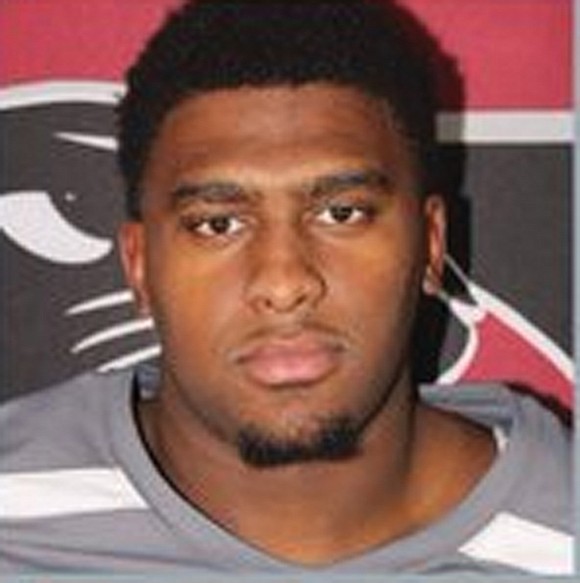 Virginia Union University is doing something a little unusual for the upcoming football season.

Instead of opening on a traditional Saturday, as they have for a century or more, the Panthers will start on Thursday, Sept. 1, against invading Virginia University of Lynchburg.

Kickoff is set for 7 p.m. at Hovey Stadium on the VUU campus.

The game will serve as the annual Willard Bailey Classic, honoring Hall of Fame Coach Willard Bailey, who served as VUU coach from 1971 to 1983, and then again from 1995 to 2003.

Coach Alvin Parker’s Panthers were 6-4 overall last season and 5-2 in the CIAA. The team finished second in the CIAA Northern Division to Bowie State University.

There is a vacancy at VUU’s quarterback position. Last season’s regulars, graduate students Khalid Morris and E’mond Caldwell, have moved on.

A newcomer to watch is Aajon Johnson, a transfer from Foothill College, a public community college, in Los Altos Hills, Calif. A native of Atherton, Calif., he should have at least two seasons of eligibility for VUU.

“We have been recruiting the Cal JUCO system for a while now,” said VUU Coach Alvin Parker. “We have made some great relationships out West.”

game. All had their moments. “We will have a battle going into fall camp,” Coach Parker added.

Whoever VUU’s next quarterback is, he will have formidable weapons. Returning are CIAA Freshman of the Year Jada Byers and All-CIAA receiver Charles Hall. 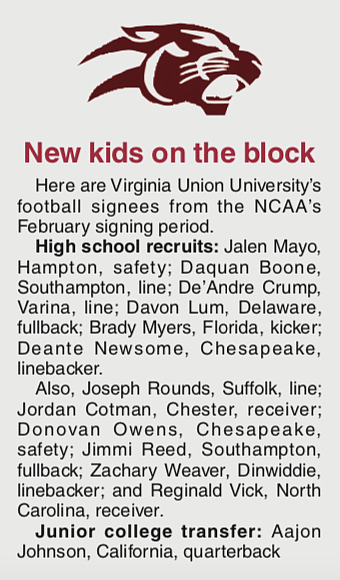 Virginia University of Lynchburg, an HBCU affiliate of the National Christian Colleges Athletic Association, has announced a challenging 10-game football schedule with all 10 on the road.