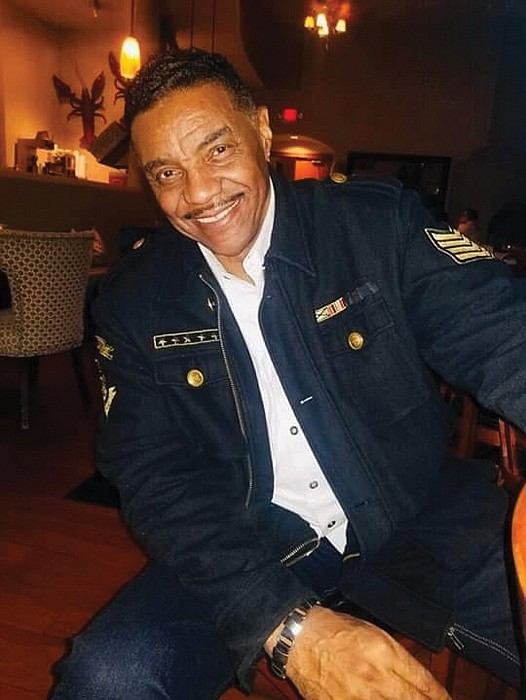 When Wes Carmack first took the floor for VCU in January 1977, Rams fans’ initial reaction was “Who’s He?”

Second reaction was more like “wow, that new kid can really ball.”

And all by a quirk of fate.

“I had no thoughts of playing for VCU when I came to Richmond,” he said in a phone interview from Douglasville, Ga. (near Atlanta).

“I came to play for Virginia Union.”

In the fall of ’76, Carmack was living on the VUU campus but was not on the Panthers’ basketball team (then coached by Bob Moore). Nor was he enrolled in classes.

“I was more of a guest, staying with friends,” he recalled.

Under Moore, VUU had a strong roster led by 6-foot-9 NBA draftee Curvan Lewis. The Panthers won the CIAA Northern Division, went to the NCAA Division II playoffs and finished 25-5.

Meanwhile, Division I VCU was floundering.

Coach Chuck Noe had resigned unexpectedly that fall and several players transferred. New Coach Dana Kirk was scrambling with what came to be known as “The Walk-On Team.” Open tryouts took place.

VUU didn’t need any late-arriving players, but VCU did. 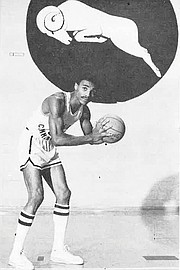 The Rams played Arizona State Wednesday, Nov. 16, in the Legends Tournament at the Barclays Center in Brooklyn. On Thursday, Nov. 17, the Rams will face either Michigan or Pittsburgh at 7 or 9 p.m. on ESPN2.

Then Sunday, Nov. 20, VCU plays at Memphis at 5 p.m. on ESPN+. These are games that could determine at-large NCAA selections in March.

Only the bluest of the bluebloods can top the Rams’ consistency in making postseason tournaments.

With the VUU and VCU campus within easy walking distance, Carmack found his way to VCU’s Franklin Street Gym.

“(I) was playing pick-up games there and the guys on the team noticed me and told Coach Kirk,” said Carmack.

Coach Kirk practically pulled a hamstring getting to the gym to look for himself. Out of nowhere, he had the kind of player he needed to compliment his two returning stars, Gerald Henderson and Ren Watson.

Everything went fast forward. In a blink, Carmack was enrolled in spring classes, given a scholarship, a uniform and told “go get ‘em.”

Carmack, always a bundle of energy, was not added to the VCU roster until the start of the spring semester.

Fans called him “Carmack the Magnificent” after the Johnny Carson late-night TV skit with a similar name.

Coming off the bench, Carmack played 43 games over two seasons for Coach Kirk’s Rams. In 1977-78, he averaged nine points and four rebounds (hitting 50 percent from field and 72 percent at foul line).

The Rams defeated the University of Richmond three times that season for their first-ever wins over their crosstown rival.

Then came the “playoffs,” a new word in Rams’ hooptionary.

With Carmack in the middle of the action, VCU beat Georgetown in Washington in the first round of the ECAC playoffs. The Black‘n’Gold then lost on a buzzer beater to St. Bonaventure in Rochester in round two. A win over the Bonnies would have sent VCU to the NCAAs.

Still, they weren’t done. The Rams were selected to the NIT and dropped a tough game at Detroit (with former Titians’Coach Dick Vitale courtside).

“We were competing on a national level,” said Carmack.

The Rams have been postseason regulars ever since.

It’s not like Carmack had no credentials. He had been a standout at Buffalo’s Lafayette High and at Jamestown Community College before making the trip, “on friends’ advice,” to Richmond.

His memories at VCU include Coach Kirk (“he told me to use the backboard more and not try to dunk everything”) and elderly sports information director Earl McIntyre, aka “Mr. Mack.”

“Mr. Mack was like a father to me,” said Carmack.

Since leaving VCU with a degree in education, Carmack has enjoyed a career in law enforcement (Fulton County, Ga., Sheriff’s Office) and security.

He has served as security chief and road manager for the likes of Rick James and Lucky Peterson (both from his hometown of Buffalo) and even Prince.

VCU’s older fans still recall how the Rams had hit a rough patch in ’76. Carmack was the kid who “came out of nowhere,” just in time to help lift the teetering program to higher ground.