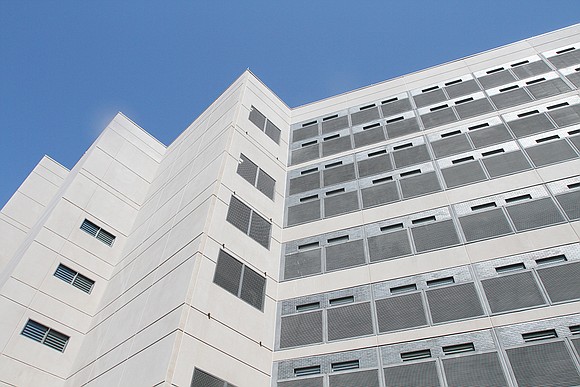 As Crishawn Hickman headed to his long-delayed murder trial in the John Marshall Courts Building, deputies escorting him noticed, as one put it, that he appeared to be “walking funny,” the Free Press has been told.

A search disclosed why—the 21-year-old had a knife hidden in his underpants that had cut him. The upshot: The trial had to be postponed for two days while he received medical treatment at a nearby hospital.

The Oct. 25 incident involving Mr. Hickman, who was ultimately convicted in the killing of a 15-year-old in Church Hill in April 2020, exemplifies what appears to be increasing danger for deputies and inmates at the short-staffed Richmond Justice Center.

Tweets and messages from inside the jail about deaths and injuries have led 8th District Councilwoman Reva M. Trammell to call for an investigation of the jail and Sheriff Antionette V. Irving’s management – although Ms. Trammell has had little success so far in her appeals. 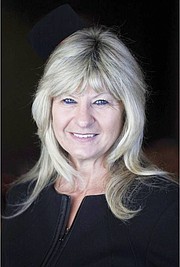 “Yes, there needs to be an investigation,” said Ms. Trammell, chair of the council’s Public Safety Committee. “I am being told that our deputies and the inmates are scared to death. How many more people got to die or suffer in that jail before someone says, ‘Enough is enough.’”

Sheriff Irving and her staff did not respond to a request for comment from the Free Press, which has been issuing periodic reports about the jail’s problems since July.

The central problem is a staffing shortage that appears to have grown in recent months.

Based on reports, the total number of staff has fallen well below 370 as staff departures exceed new hires, the Free Press has been told, leading to increased mandatory overtime for those deputies that remain.

The Richmond Police Department is already feeling the impact of the shrinking staff. Officers report waiting two hours or more some nights for the limited intake staff to process people who have been arrested.

“Our sectors are empty because we are at the lockup,” noted one officer, who provided information on condition of anonymity. With RPD down at least 150 officers, itself, the result of having to wait for prisoners to be processed means “ it is taking us longer to respond to calls.”

Inside the jail, the smaller staff means that there are no deputies posted inside cellblocks. Instead, the Free Press has been told the few deputies simply sign a log that a check of a cellblock has been made and leave.

While there has not been a huge number of incidents, those that have occurred have added to the climate of fear.

At least two inmates have had to be rushed to VCU for treatment of stab wounds since September, the Free Press has been told, while another inmate was badly scalded on Nov. 14 after hot bleach was thrown on him. “He was burned so bad, he couldn’t even put his clothes on,” a deputy reported.

Meanwhile, two other inmates have died in custody since October, with some attributing the deaths to drug overdoses, although the Sheriff’s Office has issued a denial about the causes of their deaths.

One deputy, who quit after being punched in the face by an inmate, wrote this was “the hardest decision I have had to make. I loved my job, and I loved what I did.”

But, the deputy, who requested anonymity, stated there was no choice: “This jail is a mess and out of control.”

Some indication that inmates are largely in control of cellblocks can be seen in occasional videos posted on TikTok, in which there is no sign of any deputies inside a cellblock. One recent photo that was taken inside and posted on social media shows an unidentified inmate showing off a knife.

Sheriff Irving has kept the lid on information. Unlike her predecessor, she does not announce jail deaths or injuries. And she only brings charges to city courts for assault or other criminal acts when forced to do so, such as when a deputy was nearly beaten to death in July.

According to one report, she has terminated at least 14 deputies this year based on allegations they aided and abetted in the introduction of contraband, including illegal drugs, into the jail, but did not charge any of them to avoid the publicity.

The sheriff has benefitted from the support of a fellow Democrat, Commonwealth’s Attorney Colette W. McEachin, who has left it to the sheriff to report criminal acts and has not required the sheriff to file charges in cases involving felonies unless she has chosen to do so.

Sheriff Irving also been given cover by the state Board of Local and Regional Jails. In 2020, the board authorized the jail to continue operations for three additional years after finding the Richmond operation was meeting the minimum standards.

A review of the standards shows they have more to do with the jail having certain equipment, such as fire extinguishers, than on whether the jail is experiencing an unusual number of deaths and injuries to deputies and inmates.

So far, the board’s minutes do not provide any indication of an interest in conducting a special look at the Richmond jail.

The Free Press also has been told that complaints about the jail have reached Gov. Glenn A. Youngkin’s cabinet members, but no independent probe of the jail has been authorized.

Deputies report that Sheriff Irving is autocratic and unsympathetic to deputy concerns, although the Free Press has been told she has bought them vests to protect them against stabbings.

At a recent roll call, a deputy stated that Sheriff Irving “told us in formation that she doesn’t need any of us. She stood in front of us and said that she can run that jail by herself.”

Another deputy expressed frustration in a message that Sheriff Irving will charge inmates for damaging the bed or other jail property in their cells, “but if they decide they want to assault one of us, it’s NOTHING we can do. It’s gotta be something better.”

Officer Burnett, who has indicated that he plans to challenge Sheriff Irving again in 2025, said that the jail needs a leadership change to improve conditions and increase the staff.

He said that pay is not the problem, but instead “it is the management that is driving people to leave.”