Organizations call for Black people to fight in midterm elections

'Everything we love is on the line’ 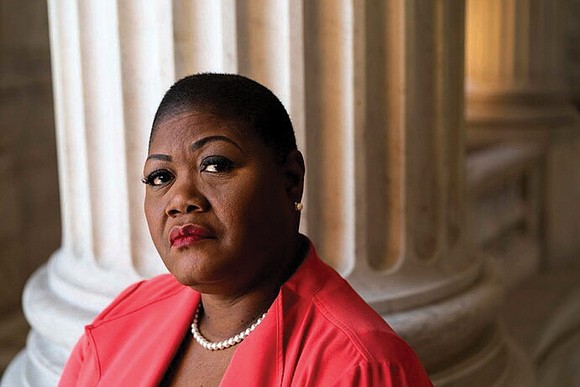 As the summer vacation season winds down and the fall political season is about to heat up, the nation’s premier national Black voter organization is calling on Black America to start fighting now to elect the candidates that positively impact the Black community during midterm elections Nov. 8.

“This summer, our nation has witnessed a series of disturbing milestones. From the rollback of gun safety measures amidst back-to-back massacres, to the historic repeal of Roe v. Wade, to the stripping of EPA powers to protect our planet despite the existential threat of climate change, one reality stands out: our freedoms are under attack,” said Melanie L. Campbell, president/ CEO, National Coalition on Black Civic Participation (NCBCP) and convener of the Black Women’s Roundtable (BWR).

“All the while, conservative lawmakers are preparing to further dismantle our democracy by elevating states’ rights over federally protected individual rights and enshrine these disastrous decisions into law. Make no mistake: This represents only the beginning for this increasingly conservative court and the rightwing machine that installed it — and the clock keeps ticking to change the course set for our country. With under 90 days until the Nov. 8 midterm elections, the stakes could not be any higher.”

Ms. Campbell concludes, “For all our movements, everything that we love is on the line. We are in a state of emergency that requires the civil rights, women’s rights, labor, environmental and social justice communities to work together during a summer of activism. So, where there’s life there’s hope — but only if we fight for a future worth hoping for.”

Ms. Campbell’s declaration, distributed to media across the country breaks down the significance of some of the nation’s most important issues to the Black community.

• Nearly 40 percent of all abortions in America since Roe vs. Wade have been by Black women. Who pays the price when abortions are outlawed? Poor women, women of color, and the millions of women who already face limited access to high quality healthcare.

• From Charleston, S.C. to El Paso, Texas to Buffalo, N.Y., the past decade reveals that racially motivated shootings and domestic terrorism is on the rise — with Black and brown communities in the direct line of fire. Who pays the price when common sense gun legislation is held up and rolled back while white nationalists are emboldened to emerge from their hiding places? Black, Latino, Asian-Pacific Islander, Jewish and Muslim people.

• The climate emergency means hotter summers, more destructive tornadoes, stronger hurricanes. Who bears the brunt of this crisis? Black and brown communities living in neighborhoods devastated by environmental racism. As our communities choke on toxic air and dirty water, drown in Southern floods, and are forced into displacement because of increasingly hostile and extreme weather patterns, our lawmakers are happy to fill their pockets with donations from the same harmful corporations who are facilitating this catastrophe.

The NCBCP and the BWR, both nonpartisan organizations, have traditionally led the national push for Black voter activism, including through its annual meetings during the Congressional Black Caucus Annual Legislative Conference. With the possibility of conservative politicians about to take over the U.S. House of Representatives, this could mean even more roll backs on voting rights and other significant issues in the Black community.

Despite the significance of mid-term elections, voters often stay home and wait to vote in presidential elections every four years. But this moment is too urgent to stay home, says Ms. Campbell, stressing the fact that conservative lawmakers, who already have control of the U. S. Senate, could place even more conservative judges on the U. S. Supreme Court if the opportunity arises.

With hundreds of thousands of Black voters still qualified, but unregistered to vote, Black organizations have their work cut out. The key will be to inspire prospective voters with issues that hit home and let them know the power is in their hands.