VCU’s Vimael Machin is a hit with Oakland A's 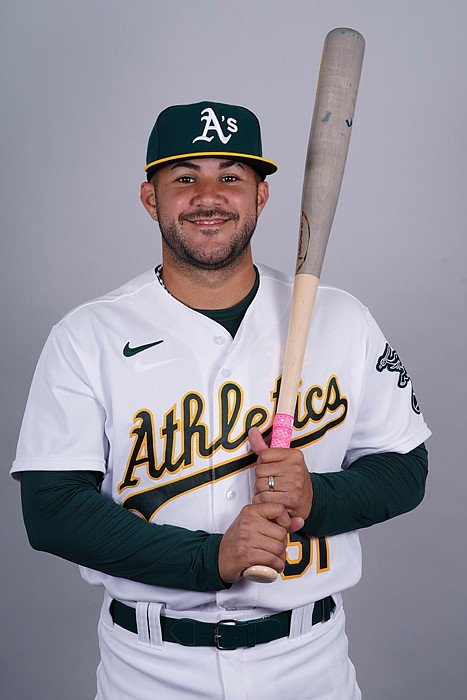 VCU has a stake in the action as Major League Baseball rolls into Hispanic Heritage Month on Sept. 15.

Former Rams star Vimael Machin is enjoying a solid season as a versatile infielder for the Oakland A’s.

The 28-year-old fills in regularly at second and third base, and at shortstop for the American League franchise.

Machin was recruited to VCU in 2012 following an outstanding high school career at the Puerto Rican Baseball Academy.

He entered the pro ranks in 2015 as the Chicago Cubs’ 10th round draft pick. As a VCU senior in 2015, Machin hit .339 with 86 hits in 65 games, earning All-Atlantic 10 honors, third team All- American status and guiding VCU to the NCAA Super Regional.

Machin made his big league debut in 2020 with the A’s.

Hispanic players in general and Puerto Rican players in particular have had an overwhelming influence on big league ball.

There are five native Puerto Ricans in MLB’s

Hall of Fame, Roberto Clemente, Orlando Cepeda, Roberto Alomar, Ivan Rodriguez and Edgar Martinez. Sure to be added to the list once he retires is current St. Louis catcher Yadier Molina.

Machin is the 14th VCU player to reach the major leagues. The first was Dinwiddie native James Austin in 1991.