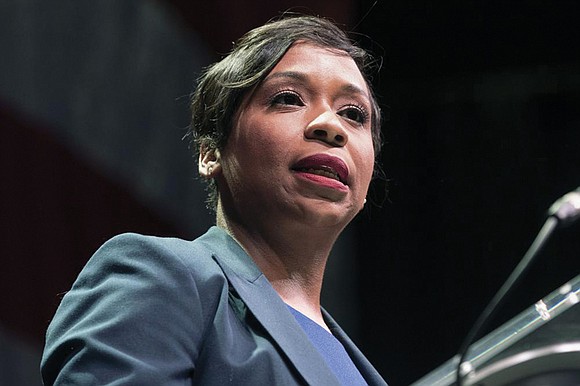 BOSTON - Just 20 years ago, Massachusetts voters had yet to elect a woman as governor, attorney general, U.S. senator or mayor of its largest city. This year, Democratic women won five of six statewide primary contests.

This year is shaping up to be a watershed year for women seeking political power in Massachusetts, a state that despite its liberal reputation has lagged when it comes to electing women to top offices.

Democratic Attorney General Maura Healey is heavily favored to flip the Republican-held governor’s office in November, which would make her the state’s first woman and first openly gay candidate elected chief executive. Andrea Campbell, the former Boston city councilor hoping to succeed Healey as attorney general, would be the first Black woman to hold that post.

And since candidates for governor and lieutenant governor run together in the general election, Ms. Healey is poised to make history with her running mate, Salem Mayor Kim Driscoll, by becoming the first two-female governor/lieutenant governor ticket elected to lead any state.

Ms. Healey said she’s more focused on issues important to voters — like housing costs and transportation — than on the groundbreaking nature of her run.

If Ms. Healey were to win in November, she wouldn’t be the state’s first female governor, but she would be the first woman to be elected to the post. Republican Jane Swift, then lieutenant governor, became the acting governor in 2001 when Paul Cellucci resigned to become ambassador to Canada.

“I can’t wait for the day when it’s not part of the conversation, when the women serving in office can talk about the issues that propelled them to win, not why they think differently because they have a uterus,” she added.

Massachusetts has fallen behind other states in electing women. In 2012, neighboring New Hampshire, considered far less liberal, became the first state to elect an all-female congressional delegation as well as electing a female governor.

One reason for the recent success of female candidates in Massachusetts may be the weakening of the Massachusetts Democratic Party apparatus, said Erin O’Brien, an associate professor of political science at the University of Massachusetts-Boston.

“In the past, single party control has made it harder for women to get elected because parties only expand their pool of candidates when they feel threatened — and Democrats have not been threatened in Massachusetts,” Ms. O’Brien said.

There are signs the party’s influence may be waning. In 2014, a relatively unknown Ms. Healey took on state Sen. Warren Tolman for attorney general. Sen. Tolman had the endorsement of the Democratic Party and a brother who was president of the Massachusetts AFL-CIO, but Ms. Healey easily beat him and won the general election.

“Part of the reason that women are beginning to win in Massachusetts is because the Democratic Party is starting to look outside itself,” Ms. O’Brien said. “Women can run against the preferred male and win and not pay with their careers if they lose.”

US Rep. Ayanna Pressley, who defeated an incumbent to become the first Black woman elected to Congress from Massachusetts, said the rise of fellow Democratic women is a testament to the “courage, skill, and commitment” of each candidate.

“More women are seeing themselves in public office, recognizing the critical role their expertise and lived experience plays in policy-making, and choosing to build more inclusive, representative decision-making tables,” she said in a statement.

“When I won my first campaign for Congress, in 2018, many people referred to it as ‘Black Girl Magic,’ but I know it was ’Black Woman Work,’” she added.

The party’s bylaws prohibit it from getting involved in contested primaries other than endorsements at the state convention, according to Gus Bickford, chair of the Massachusetts Democratic Party.

“Once a nominee is chosen by voters in the primary election we get to work to get them elected,” Mr. Bickford said in a statement. “As we prepare to elect the first female governor and lt. governor team in Massachusetts history, along with other qualified women on the ballot, we are very proud of the role we play in supporting them.”