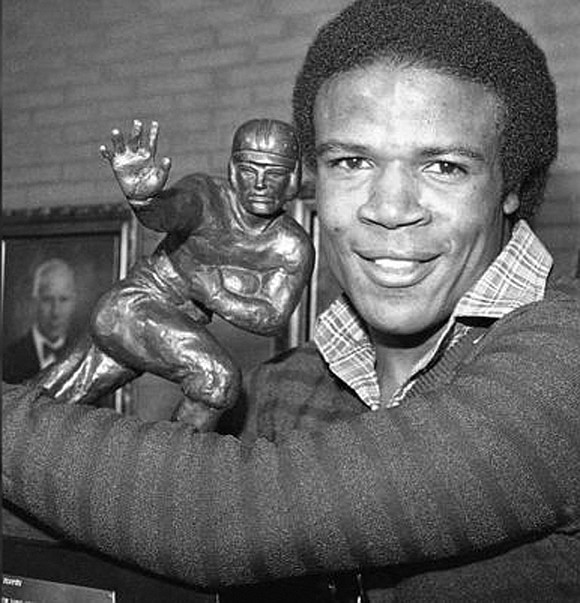 One of main reasons why the University of Southern California came to be known as “Tailback U” was Charles White, who played the position with strength, speed and passion.

Mr. White was the third USC tailback to win the Heisman, following Mike Garrett in 1965 and O.J. Simpson in 1968.

His 49 USC touchdowns rushing is second only to LenDale White’s 52.

Mr. White was a two-time All- American and was selected to the College Football Hall of Fame.

In retirement, he served as a USC assistant coach, and was twice the winner of the televised American Gladiators Pro Football Challenge. 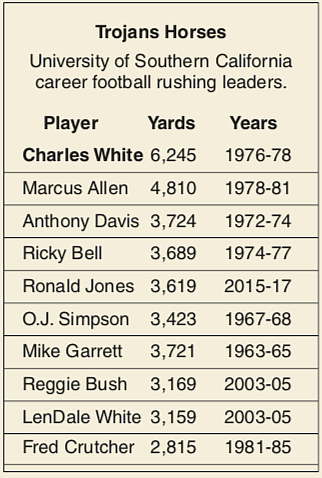