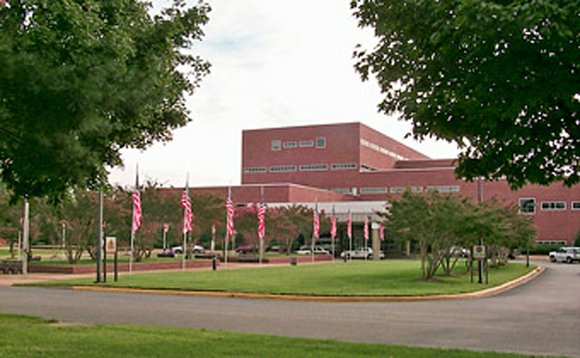 Just in time for the holiday that honors civil rights hero Dr. Martin Luther King Jr., the name of a racist Confederate surgeon, Hunter Holmes McGuire Sr., has been stripped from the Veterans Administration medical campus on Broad Rock Boulevard in South Side.

Dr. McGuire’s name has been removed from signs on the grounds and from the hospital’s website, a check Tuesday shows. The complex was named for him 76 years ago, then making Richmond the only VA facility honoring a Confederate.

His name was previously stripped from the VCU School of Medicine. A medical school Dr. McGuire founded after the Civil War was merged with the Medical College of Virginia a few years after his death in 1900.

The wipeout of Dr. McGuire’s name is part of a larger federal effort to eliminate the names of slavery-defending Confederates from federal office, forts and military installations, such as Fort Lee and Fort Pickett.

The only remaining public glorification of Dr. McGuire is a statue of him that stands next to the State Capitol in Richmond.

Charles Pool, a Richmond historian and Oregon Hill community advocate, has been pushing for three years to rid Capitol Square of that statue based on Dr. McGuire’s long record of promoting white supremacy after the Civil War.

Mr. Pool, who praised the hospital for eliminating Dr. McGuire’s name, believes there should be no room for a statue of Dr. McGuire based on his racist writing and his promotion of the Lost Cause fable that sought to portray the Civil War rebels as fighting for state’s rights rather than to keep Black people in bondage.

Dr. McGuire, for example, led a state-sanctioned committee that censored from school textbooks “any reference that slavery was a cause of the Civil War while promoting the myth that slaves were happy,” Mr. Pool stated in an advocacy letter penned in 2020.

Dr. McGuire’s “own writings are more appropriate for the Grand Wizard of the KKK than a physician,” Mr. Pool continued, noting the surgeon repeatedly wrote and stated that “Black people are inferior. He condoned lynching and believed that slavery was the only thing that kept “negroes” from being sexual predators.”

Mr. Pool cited an1893 pamphlet on lynching in which Dr. McGuire wrote that reporters from the North “seem to see only the fearful spectacle of a hung, burnt or shot negro.

They seem unable to see the innocent, mutilated and ruined female victim.”

In addition, Mr. Pool noted that Dr. McGuire a year before his death delivered a speech in 1899 to Confederate veterans condemning the right of Black men to vote. Dr. McGuire described voting as “the latest act of war” on the South and urged Black male suffrage to be seen as an idea “conceived in iniquity, born in sin” and “yielding a legion of devils armed to torment the state.”

While other statues of Confederates and arch-racist Harry F. Byrd Sr. have been removed, there has been no evident public effort to eliminate the McGuire statue. Mr. Pool is hoping that the hospital’s action will provide momentum for disposal of that figure.