Youngkin calls for legislation for notification on school awards 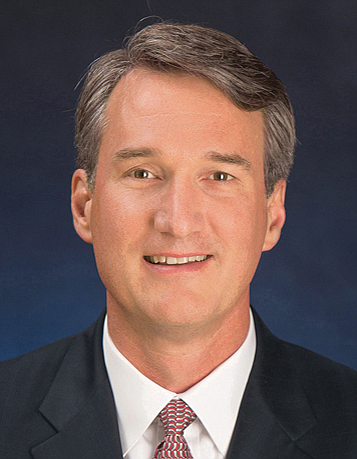 Gov. Youngkin asked two lawmakers to sponsor legislation on his behalf during the ongoing legislative session, his office said in a news release. The measures would prohibit any school or school employee from withholding information that relates to recognition or awards earned by the student — or information that may affect the student’s admission to an institution of higher education, his office said.

“We will not allow our students and their parents to be left uninformed of their hard-earned recognition in what we now know was widespread across more than a dozen schools in multiple school divisions,” Gov. Youngkin said in a statement.

Earlier this month, the governor called for an investigation of the prestigious Thomas Jefferson High School for Science and Technology in Fairfax County, which has acknowledged that there was a delay in notifying students who had achieved “commended student” status in the National Merit Scholarship competition. Students who receive the “commended student” award finish in the top 3 percent nationally on a standardized test, but below the top 1 percent that qualifies them as a scholarship semifinalist.

The delay prompted complaints from some parents and activists who say the school chose to withhold notification to downplay individual achievement in favor of equity.

Gov. Youngkin, who has made education reform and parental rights a centerpiece of his agenda, has echoed those concerns.

“Parents are rightfully upset and they should be,” he said in Wednesday’s statement.

a news conference that his Office of Civil Rights was investigating the school not only for its failure to timely notify students but also the school’s recently overhauled admissions policies.

Attorney Gen. Miyares then said Jan. 9 that the probe had expanded to “the entire Fairfax County Public Schools system in light of reports and complaints that multiple schools across the county withheld awards from high achieving students.”

Additional high schools in other Northern Virginia districts have since acknowledged delayed notification of some awards, according to local news accounts.

“Attorney General Miyares is looking at every complaint and allegation regarding potential violations of the Virginia Human Rights Act at Northern Virginia high schools,” his spokeswoman, Victoria LaCivita, said in an email Wednesday. “We encourage any student or parent who believes they have been discriminated against to file a complaint with our Office of Civil Rights on our website.”