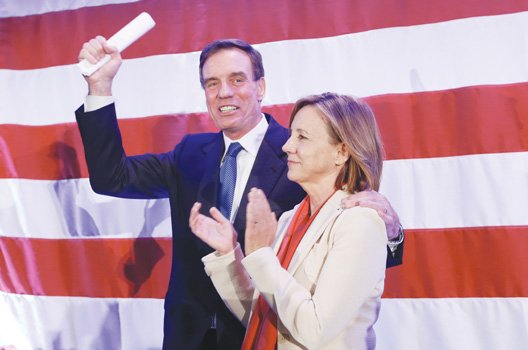 U.S. Sen. Mark Warner waves to the crowd with his wife, Lisa Collis, at an election party in Arlington.

Warner to get new Washington term after nail-biter win

Whew! That’s how many supporters of U.S. Sen Mark Warner are reacting after he narrowly won re-election to six more years of representing Virginia in Washington.