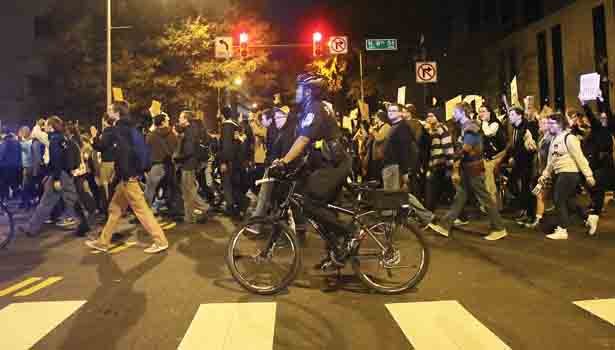 Hundreds of Richmonders took to the streets Monday and Tuesday night protesting a Missouri grand jury’s decision to reject charges against the police officer involved in the slaying of teenager Michael Brown Jr. in a St. Louis suburb. A police officer accompanies throngs of young people marching Tuesday near City Hall in Downtown following a rally.