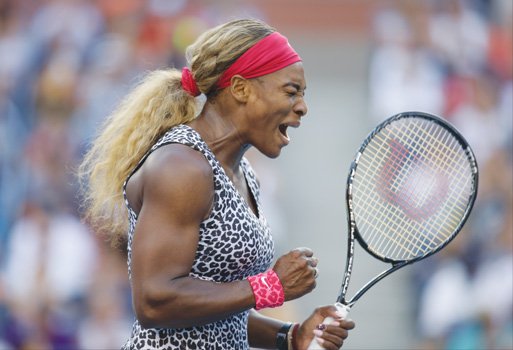 Serena Williams shows the drive and intensity that propelled her to her third straight victory in the U.S. Open. She easily beat Caroline Wozniacki of Denmark in two sets to claim her 18th grand slam title.

Serena Williams is the undisputed queen of women’s tennis. Now, the world No.1 would like to add another distinction: To win the most grand slam titles ever.