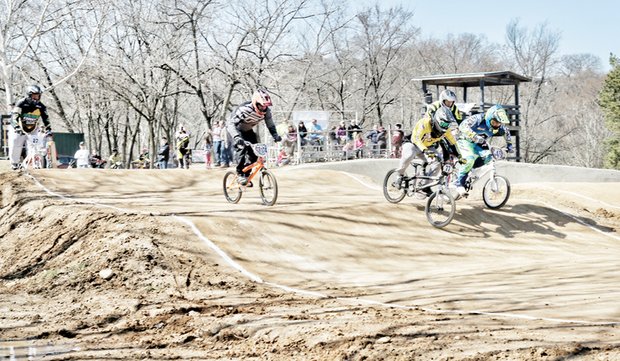 Racers in bicycle motocross, also known as BMX, furiously pedal on the BMX track at Gillies Creek Park in Fulton Bottom. They recently competed in the opening race of the season that stretches into November. More than 60 BMX racers from age 2 (push bikes) and up compete at the track about 1:30 p.m. most Sundays. Registration and practices start at noon. The 1,050-foot track opened in 1998 and is designed in the form of the cursive letter M, with three asphalt turns, four dirt straightaways and a variety of jumps. Details: www.richmondbmx.com.