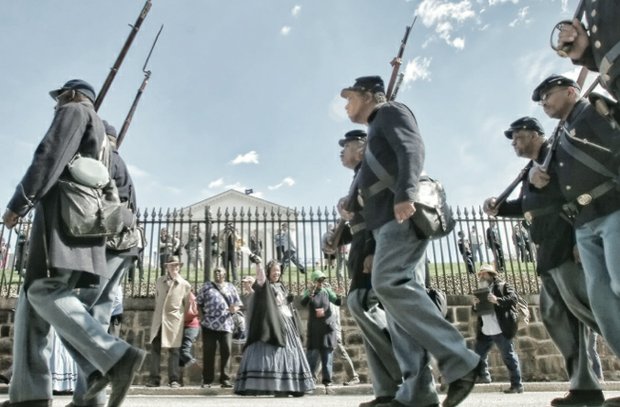 In the midst of the city that once served as a merciless marketplace for hundreds of thousands of enslaved black people, a diverse audience of thousands gathered Saturday at the State Capitol to celebrate the 150th anniversary of the liberation of Richmond from the slave-holding Confederacy. The ceremony was marked by re-enactors in period dress and uniforms, uplifting music and speeches looking toward the future.