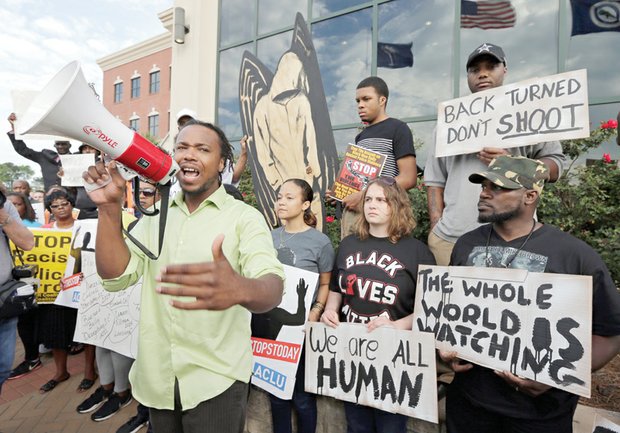 Walter L. Scott shot 4 times in the back; cop charged with murder

Four bullets to the back and one in the ear. That’s the unimaginable pain an unarmed Walter L. Scott suffered as he was fatally gunned down by white police officer Michael T. Slager as he ran away following a routine traffic stop. The gruesome slaying was graphically recorded on the cellphone of a bystander Saturday morning in North Charleston, S.C. It is the latest in a string of highly publicized incidents across the nation — including Ferguson, Mo., New York City and Cleveland, Ohio — in which white police officers have killed unarmed black men. Each instance raises questions — and public consciousness — about disparate treatment by people of color by police and racial injustice in the United States. Mr. Slager was charged with murder Tuesday and fired from the police department after the video surfaced. He is being held without bond. If convicted, he could receive the death penalty or life in prison.