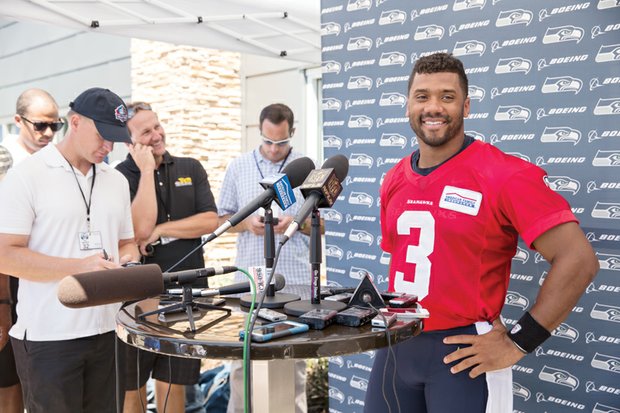 Seattle Seahawks quarterback Russell Wilson has millions of reasons to be wearing one of the biggest smiles in the team’s training camp this week in Renton, Wash.