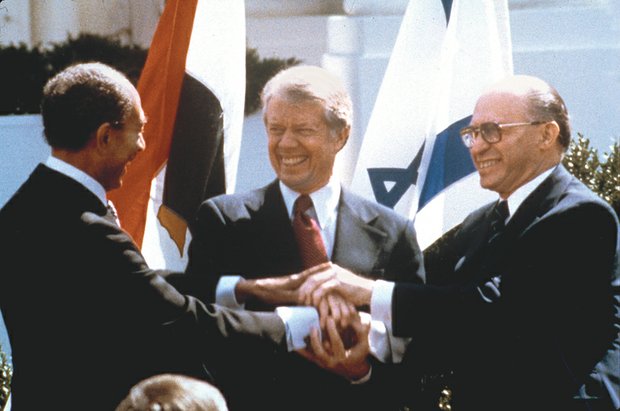 The debate over the Iran deal brings to mind President Jimmy Carter, center, and the crucial role he played 36 years ago in brokering a lasting peace treaty between two implacable enemies, Egypt and Israel. This iconic photo was taken March 26, 1979, on the White House lawn after the treaty was signed by Egyptian President Anwar Sadat, left, and Israeli Prime Minister Menachem Begin. Sadly, we learned Wednesday that Mr. Carter, 90, has liver cancer that has spread to other parts of his body. We pray for peace and comfort for this world peacemaker and his family.