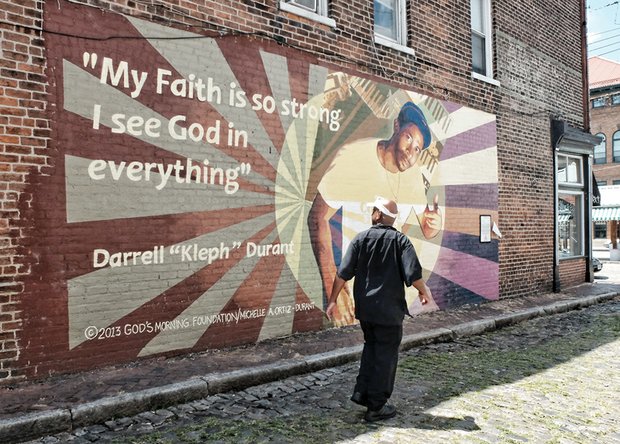 A passer by checks out this artistic tribute to Kleph Dollaz, the Richmond rapper and producer who died in his sleep of a heart condition. He was 41. Painted two years ago by artist and relative Michelle Angela Ortiz-Durant, the mural decorates the side of Alex’s Thai Cuisine in Walnut Alley in Shockoe Bottom. Born Darrell K. Durant, Kleph Dollaz was part of Ill Biskits, which in 1995 became one of the first Virginia groups to sign with a major label. He went on to produce such acts as Talib Kweli, Black Moon and M.O.P. and to release such rap solos as the 2011 “Square in the Circle.” He also mentored youths. His family is keeping his work alive through God’s Morning Foundation, named for the greeting he used in place of “good morning” on his social media accounts.