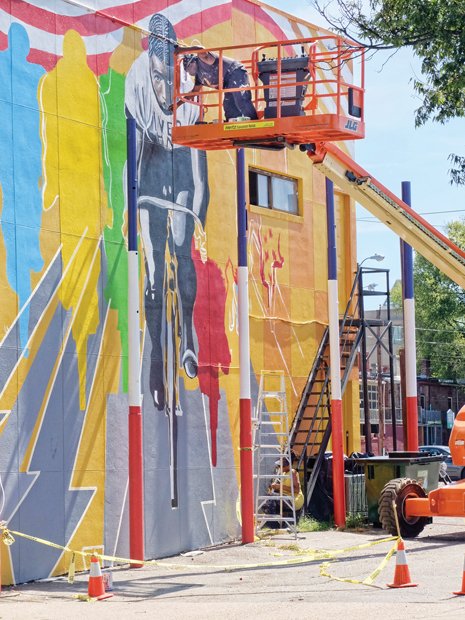 Celebrating ‘the Black Cyclone’-
this new mural in Jackson Ward pays homage to forgotten American cycling superstar — Marshall Walter “Major” taylor. Richmond artist sir James thornhill created the colorful mural featuring the two-wheel racing phenom. Location: 1st and Marshall streets. Dubbed “the Black Cyclone,” Mr. taylor broke the color barrier in the sport in the 1890s when bike racing was a big deal in this country and Europe. Despite bigoted competitors attempts to injure him, he ranked as the fastest cyclist in the world into the early 1900s. the cycling Hall of Famer set seven world records and won 117 of his 168 races, while placing second in the rest. He reportedly earned $30,000 a year in his prime, an immense sum for the period.