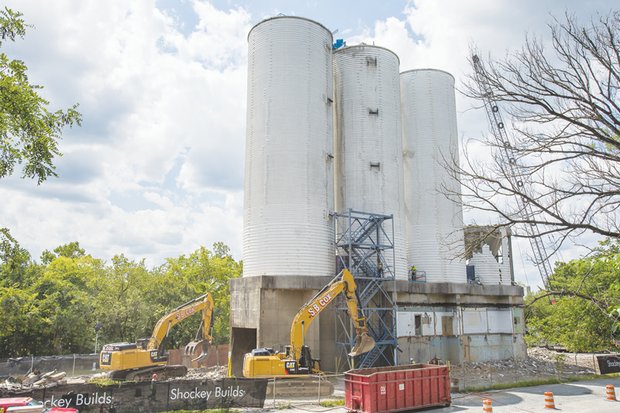 CITYSCAPE-As these photos show, iconic cement silos, left, in the East End have come down. The once proud symbols of Lehigh Cement Co. were demolished in the past two weeks as part of $10 million in improvements the city is undertaking along the north bank of the James River. Winchester-based Howard Shockey & Sons Inc., which did not have any minority partners, cleared the silos, whose site is to be a park. Other projects: The $4 million city portion of the Virginia Capital Trail to which the city contributed $820,000 and the Low-Line Project, a $1.4 million landscaping venture alongside the trail to which the city contributed $200,000 and private sources are donating $1.2 million.