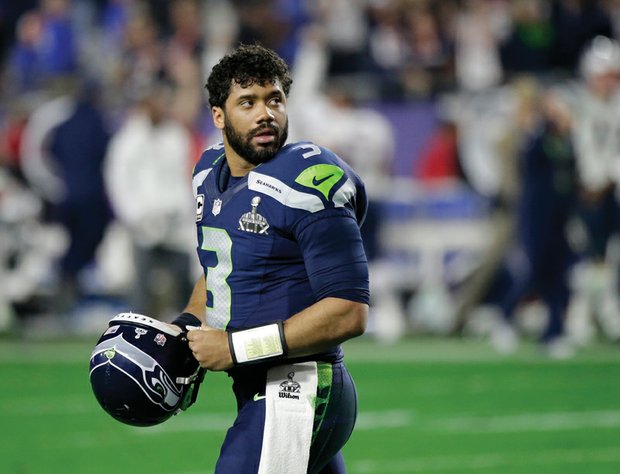 Seahawks quarterback Russell Wilson glances back Sunday after throwing the decisive interception near the end of Super Bowl XLIX.

Less than 36 inches separated former Richmonder Russell Wilson and his Seattle Seahawks teammates from their second consecutiveSuper Bowl title and talk of a dynasty. Anticipation was high that Seahawks coach Pete Carroll would call on bulldozing running back Marshawn Lynch to plow the ball into the end zone on second-and-goal with 26 seconds to play and one timeout left in Super Bowl XLIX. Already, in this game against the New England Patriots, Lynch had logged a total of 102 yards for the game, including an earlier touchdown.