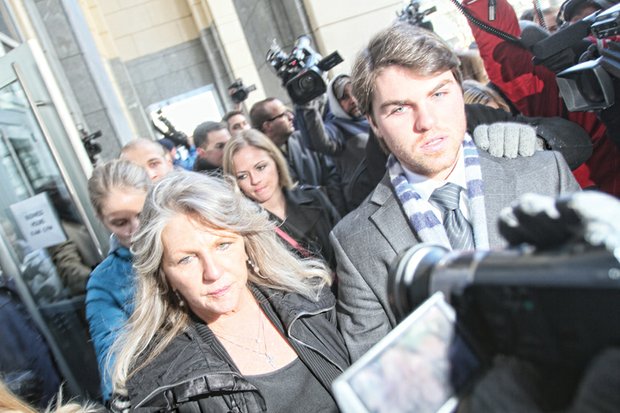 Maureen McDonnell walks through a bevy of media as she leaves the federal courthouse in Downtown with her son, Bobby, and daughter, Rachel, after her sentencing last Friday

Former Virginia First Lady Maureen McDonnell broke a two-year silence on her role in the federal corruption case that rocked Virginia and sent shockwaves across the nation. Fighting back tears, she read from a prepared statement during her sentencing hearing last Friday before U.S. District Judge James R. Spencer.