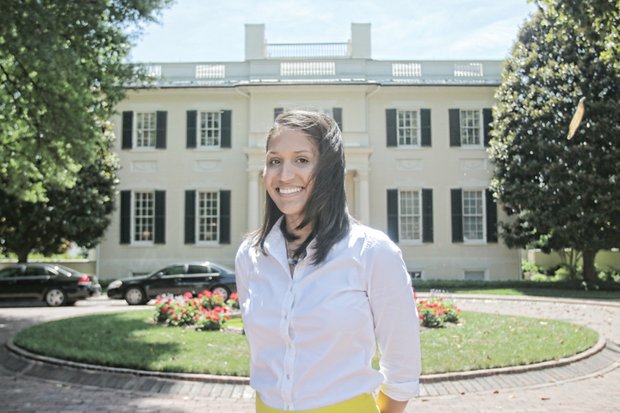 Kaci Easley is the picture of confidence as the executive director of the grand 202-year-old home in Capitol Square where Gov. and Mrs. Terry McAuliffe now live. The Hampton University graduate has a staff of five to help her look after the first couple’s needs and makes arrangements for the varied public and private parties, receptions and dinners hosted by the McAuliffes.