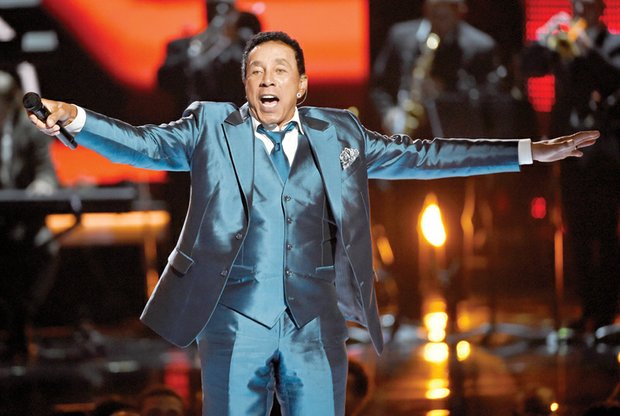 Smokey Robinson, honored with the Lifetime Achievement Award, performs a medley of his hits