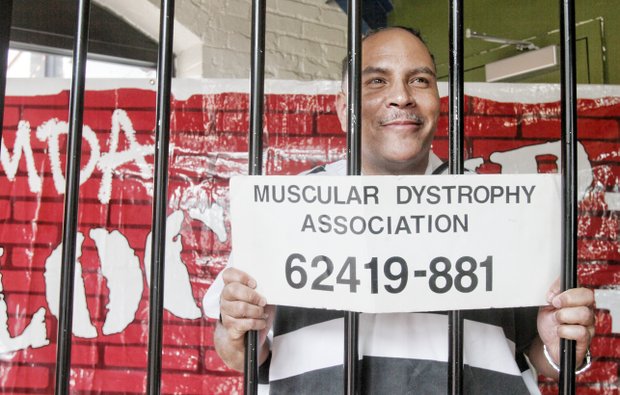 CHIEF JAILBIRD- “Help me make bail — I’m an MDA jailbird.” That was the good-natured Facebook post from Richmond Police Chief Alfred Durham, who was locked up at a Downtown restaurant last Thursday. His crime: “Having a Big Heart.” The chief and 75 other Richmond community leaders went behind bars at various locations, with their “bail” money pledged by people in the community raising more than $65,000 to help send 55 children to the Muscular Dystrophy Association Summer Camp
in Wakefield, according to MDA officials. The donations also will support MDA’s clinical services at Virginia Commonwealth University and the Children’s Hospital of Richmond at VCU. The chief had raised more than $2,400 in donations by Tuesday.