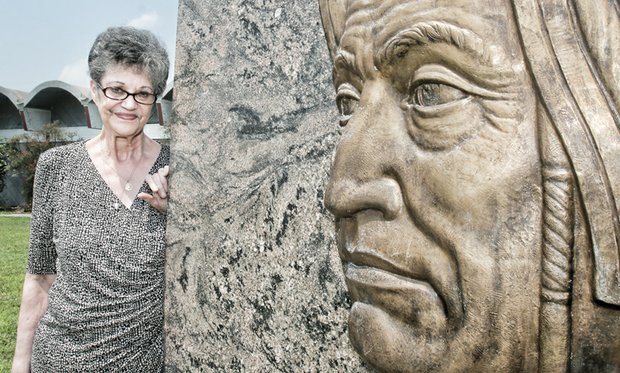 Joyce “Pale Moon” Krigsvold, a volunteer at the Pamunkey Indian Museum and Cultural Center on the reservation and an expert potter, stands near a likeness of the first Pamunkey chief, Powhatan, on the tribal grounds in King William County.