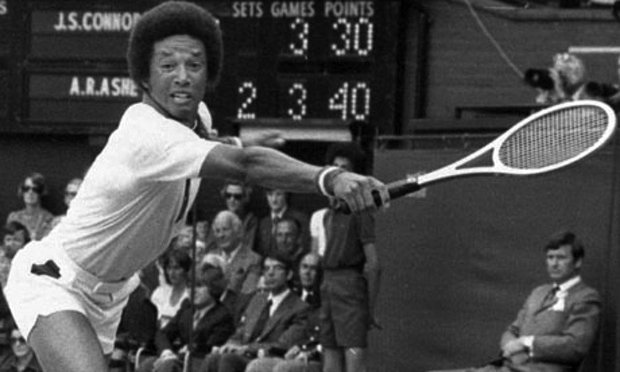 Arthur Ashe became the first African-American player to win at Wimbledon when he defeated his rival Jimmy Connors.

The late Arthur Ashe Jr.’s iconic tennis career reached a summit 40 years ago on the pristine grass of Centre Court at the All-England Lawn Tennis & Croquet Club in London. The occasion was the 89th staging of the Wimbledon tennis championships. And on this Fourth of July weekend in 1975, the Richmonder — just a week from his 32nd birthday — stunned tempestuous, heavily favored defending champion Jimmy Connors in a tense final.