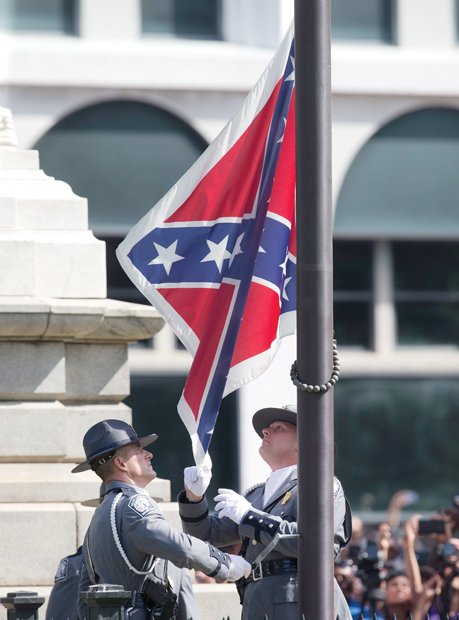 A South Carolina Highway Patrol honor guard removes the Confederate flag from the Columbia statehouse grounds during a ceremony witnessed by thousands.

A growing number of Virginians are enlisting in a grassroots movement spreading across the nation to remove from the public square the vestiges of the traitors who fought against the nation during the Civil War to preserve slavery. Less than a week after South Carolina Gov. Nikki Haley, a bipartisan group of lawmakers and thousands of people of all ethnicities assembled July 10 to cheer the removal of the Confederate flag from the Statehouse grounds in Columbia, many Virginians are signaling they are fed up as well with Confederate symbols of hate and are saying “enough is enough.”