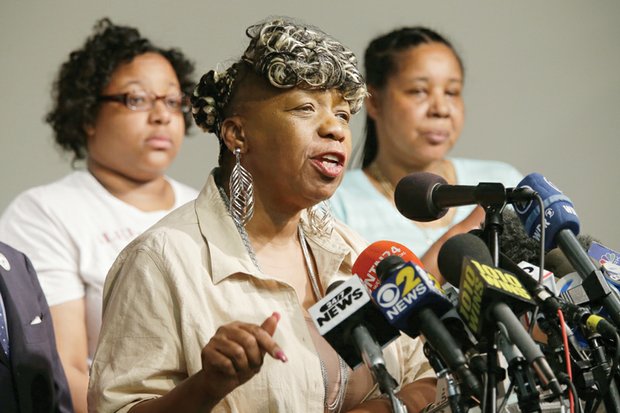 Eric Garner’s mother, Gwen Carr, center, is joined by his daughter, Emerald Snipes, left, and widow, Esaw Garner, at a news conference Tuesday in New York. The family spoke after reaching a $5.9 million settlement with the city in the wrongful death case of Mr. Garner, who died after being placed in a chokehold by a white police officer.

The family of Eric Garner, who died after a white police officer put him in a chokehold a year ago, renewed calls this week to criminally charge the police officer, a day after the family reached a $5.9 million settlement with New York City.