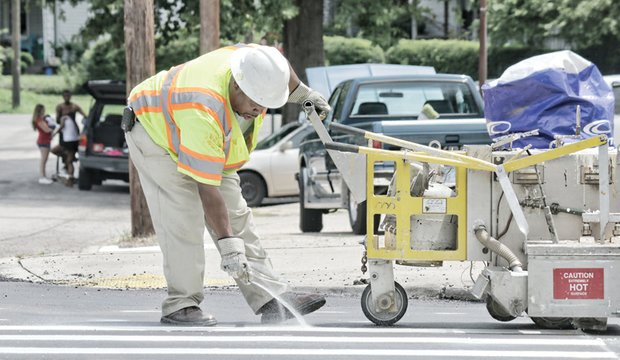 Antonio Hill, president of A&T Striping Co., puts the finishing touches on new roadway markings at a Richmond crosswalk. Location: Semmes Avenue and 34th Street on South Side. He and other companies have been called on to repaint markings on numerous streets. The city has been repaving many streets this year in preparation to host the international cycling championship in September.