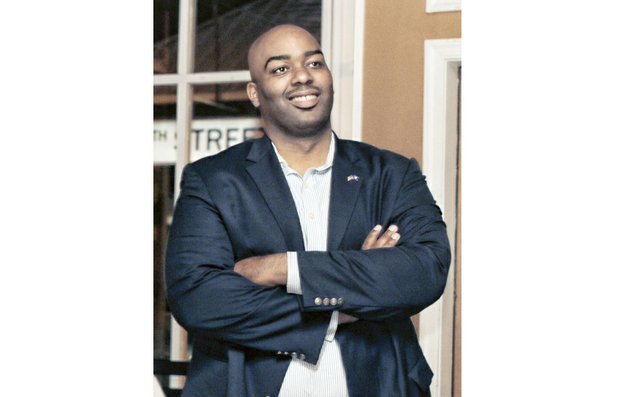 Lamont Bagby enjoys a triumphant moment after being declared the winner of Tuesday’s special election for the 74th District seat in the House of Delegates.